No, this is not about the Russian spies. Not even the hot one.

While this sort of support did help us succeed in the  Cold War, we are now paying for these mistakes. To use two obvious examples, the wars in Iraq and Afghanistan can be rather directly tied back to what we did during the Cold War. In the case of Afghanistan, we backed the groups who were attacking the Soviets but we failed to do anything positive in the region. Now were are in the role of the Russians and trying to bring order to the land.

Now we are in yet another war, this one against terror. As in the Cold War, we are willing to support governments who say they will help us. While this is not a bad thing, we are quite willing to purchase the support of the rulers by tolerating corruption, repression and undemocratic behavior. The best current  examples of this are in Africa.

While it makes some sense to buy allies, the Cold War (and in particular Vietnam) should have taught us that supporting such “allies” can be a costly mistake. Also, there is the ethical concern: we speak of democracy, freedom and human rights, yet seem to be willing to look away when we think that “practical politics” demands that we do so. However, principles that are easily set aside for what seems convenient cannot be worth very much.

Since ethics gets little traction in politics, it makes sense to point out that supporting such governments does not support or expand democracy. Rather, it merely supports tyranny and corruption. Such support also seems to have a historical tendency to create more enemies for America rather than creating solid allies.

Of course, it can be argued that we need to deal with the corrupt and even evil rulers because our foes will be eager to do so. That is, it is better that the devil is on our payroll rather than on our enemies’. China, for example, is eager to do business with the rulers of Africa and they have no qualms about human rights, democracy or other such concerns. As such, if we are unwilling to look away while handing over guns and cash, China will be happy to do so. This is, of course, a great situation for the corrupt rulers and they do not have to worry much about the people-at least until the next coup attempt rolls around.

Ethically, this is rather questionable. After all, the fact that someone else will happily support evil is no justification for us doing so. However, the practical aspect of this is rather strong and perhaps it can be argued that while this approach is bad, it is better than the available alternatives.

This situation cannot, of course, be entirely laid at the door of America and China. The people of Africa allow their rulers to act the way they do and hence they bear some of the responsibility. If Africa had stable, democratic and non-corrupt states, then I believe the United States would be very happy to support them, as we support Germany, Japan, France and our other democratic allies.

While it might be tempting to try to engage in democracy building once again, we have seen how that tends to turn out. Democracy and effective government seems to be something that must be built from within rather than imposed from without. That said, we can do more to support honest, democratic and ethical leaders-providing we can find any there…or here.

Image by Getty Images via Daylife

Richard Blumenthal, a Democrat, has made references to serving in Vietnam-despite the fact that he never did so. He did serve in the Marine reserves, but that is rather different from actually going to Vietnam during the war.

The New York Times, which is usually accused of being liberally biased, took Blumenthal to task over these claims. In response, Blumenthal claims that he “misspoke.”

While it is possible for someone to misspeak, the Blumenthal situation does not seem to be this sort of situation.  If he did not misspeak, then the question arises as to why he said such things. Perhaps, he was lying in the hopes of some sort of political gain. Or perhaps he somehow wants to think he did serve in Vietnam (just as Hilary Clinton claimed to have come under sniper fire).

One rather important question is what sort of impact this should have on a candidate. Although candidates are supposed to be candid, politicians tend to lie. As such, if candidates who lie should not run for office, there would be a rather limited pool of candidates (then again, maybe this would be a good thing).

Since most (all) people do lie, lying itself should not be a disqualifier. Rather, it would seem to be a matter of the nature and seriousness of the lie. Hillary Clinton’s “misremembering” of the “sniper incident” did not disqualify her, nor did her husband’s lies about not having sex.  Bush and his fellows were also not disqualified by their lies (or incidents of misspeaking) even when their mistaken claims were used to justify a war. As such, Blumernthal’s “erroneous claims” seem to be fairly minor.

Of course, such lying is of concern. After all, lying is morally questionable and this calls a person’s character into question. Laying aside ethics, there is also the concern about the competence of a person who lies (or misspeaks) when it is so very easy to check on the veracity of such claims. 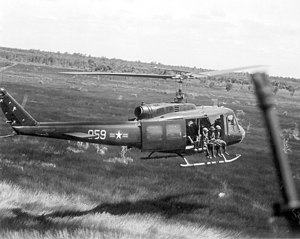