Tennis is a game of conflicting stereotypes. On the one hand, one envisions a genteel game of polite, impeccably dressed athletes. On the other hand, one also pictures raging players smashing their rackets and the audience’s eardrums with harsh language. It, like most things, is also fraught with gender issues—women are supposed to dress and behave certain ways, while men are given far more leeway.

Serena Williams recently brought tennis back into the news after her heated exchange with an umpire at the U.S. Open. Some see Williams as calling out sexism in tennis, while others dispute this. There has also been an interesting discussion about gender and anger, which is certainly a matter worth considering from a philosophical perspective.

While I am obviously not a world class athlete, I did compete in high school and college—and still race (if what I do now is worthy of that description. Even among athletes who are not professionals, there is still an expected standard of behavior that is part of being an athlete. This includes, obviously enough, behaving with a certain level of decorum. Of course, these are social norms and hence there is a need to consider if there is anything substantial behind them.

One obvious place to look is in Plato’s Republic. Plato argues that art is dangerous because it can corrupt people thus causing them to lose control over their emotions and thus behave in ways that should, morally, be condemned. One example he gives is that of tragedy and how it can cause people to give in to feelings of sadness. He notes that the higher principle enjoins us to “take counsel about what has happened, and when the dice have been thrown order our affairs in the way which reason deems best; not, like children who have had a fall, keeping hold of the part struck and wasting time in setting up a howl.” He notes that “the other principle, which inclines us to recollection of our troubles and to lamentation, and can never have enough of them, we may call irrational, useless, and cowardly.” Plato takes an analogous view of other emotions, such as anger, and contends that the proper course is for the rational part of the soul to rule over what he regards as the lesser parts.  This, on his view, is how the soul should be properly ordered and not out of whack.

It is also well worth considering Plato’s most famous student, Aristotle. Aristotle endorsed virtue theory; the view that what a person should do is develop their virtues. Aristotle, and most other virtue theorists, contended that virtue is a mean between two extremes. As he saw it, “fear and confidence and appetite and anger and pity and in general pleasure and pain may be felt both too much and too little, and in both cases not well; but to feel them at the right times, with reference to the right objects, towards the right people, with the right motive, and in the right way, is what is both intermediate and best, and this is characteristic of virtue.” Aristotle also applied this approach to actions. On this view, anger and acting (or not) on that anger is not itself bad (or good). Rather, it is good or bad (morally) based on the context. As such, an athlete who expresses anger on the field of play could be acting in a virtuous manner. This would require that they are angry in the right way, towards the right person and act in the proper way. As such, on Aristotle’s theory, Williams could have acted in a virtuous manner. The debate would, of course, focus on whether her anger and actions meet the conditions for virtue—which is a matter of considerable controversy.

As Aristotle notes, sorting out the right way to be angry and acting rightly is difficult: “anyone can get angry- that is easy- or give or spend money; but to do this to the right person, to the right extent, at the right time, with the right motive, and in the right way, that is not for everyone, nor is it easy; wherefore goodness is both rare and laudable and noble.”   To help us in this matter, Aristotle does offer some practical advice. On his view, the ideal is the mean between two extremes and “for of the extremes one is more erroneous, one less so; therefore, since to hit the mean is hard in the extreme, we must as a second best, as people say, take the least of the evils…” My view is that the greater error lies in being too angry rather than not angry enough (though this is a possibility for Aristotle). After all, when one considers the troubles arising from anger, rarely do people say that a problem arose from a dearth of anger. While I would not have done as Williams did, I am not her—and what might be wrong for me to do because of my circumstances might have been right for her. I am not embracing moral relativism here—I am not claiming that good and bad are not objective, but rather that what could be righteous anger for one person might be unreasonable for another. After all, as an unknown white guy I have not had to endure what Williams has had to face. To use a sports analogy, what might be objectively a brutal, unendurable workout for one person, might be easy for another.

The reader might have noticed that I have said little about women and anger; this is intentional. My view is that while the virtue or vice of anger is determined by the facts of the matter, the same moral standards apply to males and females. As such, women should not be assessed differently simply because they are women. In terms of how angry outbursts and actions should be handled in sports, the general principle is that this should be done in a consistent manner across the sport. As such, Williams should receive the same treatment as male players who acted in comparable ways. While it could be argued that there is a relevant difference between men and women that warrants a difference in standards (after all, men and women do not compete against each other in professional tennis), the burden of proof rests on the person who makes this claim. After all, there does not seem to be a relevant difference between what should count as professional behavior on the court for men and women. 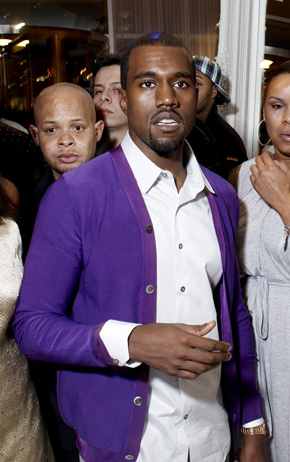