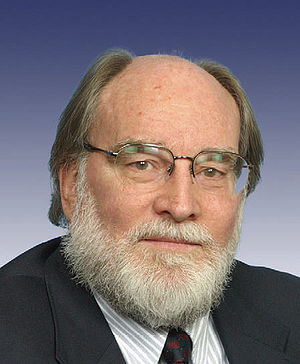 While Jenny Sanford is far more concerned with her sons than she is with her husband’s career, it is unfortunate that Sanford was clearly not as concerned about his family. This seems to be indicated by the fact that he elected to go off to Argentina to see the other woman over Father’s Day weekend. That is, to say the least, rather ironic. He is, to say the least, a rather bad father.

Of course, being a good father and husband are not pre-requisites for being a good politician. Many successful leaders have been poor fathers and terrible husbands. While it is tempting to say that Sanford should resign because he is a bad husband, this would be unreasonable. After all, what matters is what he does as governor. To insist that he be fired over having an affair would be like saying that a mechanic or dentist should use his job because of an affair. While having an affair is not a nice thing to do, marital fidelity is not part of such job descriptions and hence failing at it is not a professional failing.

Of course, when Sanford took off for Argentina he failed in his duty as governor. He lied to his own staff and the people of his state. He left without taking the proper steps needed to ensure that the folks in the government knew what was going on. This sort of behavior was a failure of both judgment and duty. Thus, while the affair itself is not the concern of the people of his state, the fact that he effectively abandoned his office to have an affair made it their concern.

The question now is, of course, whether or not what he did justifies asking him to resign. On one had, his actions were erratic and irresponsible. If I just vanished from my job for a few days, I would be fired. That is true in most jobs. The same should be true of his job. Also, his actions are even more serious. If I vanished for a few days, the students would at most miss an exam and a few lectures. But, if a state governor takes off and there is a crisis, then that would be rather serious.

On the other hand, people do have lapses in judgment or crazy moments. As human beings, we make mistakes and do stupid things. If these mistakes have serious consequences, then we have to be held accountable for them. Luckily for Sanford and his state, the only crisis that took place during his absence was, ironically enough, his absence. As such, he lucked out and there was only minimal damage.  Since we do not punish people based on what might have happened but rather on what did happen this bit of luck works out in his favor. To use an analogy, if someone drives drunk, they could do a lot of damage. If caught, they are punished. However, someone who drives drunk without hurting anyone is not punished as severely as when a drunk driver actually kills someone. Now, if a disaster had hit the state while he was away, then he would be in far more serious trouble.

A good case can be made that Sanford should resign. He is old and experienced enough to know better and hence youth and inexperience cannot be used as excuses. He also occupies a rather high office, which makes his actions even more serious. While the affair is not relevant to his staying governor, the fact that he decided to vanish to have his affair is relevant. By acting in an erratic and deceitful manner, he showed that putting faith in him is not a wise decision. Spitzer had the decency to resign and Sanford should follow his lead.

That said, Sanford a case could be made that he should be allowed a chance at redemption. As noted above, people make mistakes. I’ve made them and I am sure you have, too. I have managed to overcome many of these mistakes (but not all) and certainly appreciated the chances for redemption. If Sanford can overcome the damage he has done, then perhaps he should be given the chance to rebuild the trust of the people of his state. This is, of course, analogous to the situation with his wife.  Interestingly, while his own values condemn what he did, those who share his values often find the idea of redemption from sin very appealing. So, if he can show that he is redeemed (or create the appearance that he has been redeemed) then he might be able to keep his career going.

My considered view is that he screwed up in a very serious way. That his failure did not have any serious consequences for the state was largely a matter of luck. As such, he needs to redeem himself, but should be given that chance. Of course, he did not betray me-I live in Florida. As such, whether to keep him or not is a matter for the people of his state (and his wife) to decide.