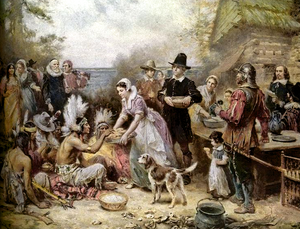 As usual, I’m setting aside politics, philosophy and all that to focus on what really matters: turkey.

I’m attempting to cook the turkey on my own this year. I’ve done it successfully(once) before, so I should be able to pull it off. However, I did buy a smoked turkey and have it as a backup in case there is a repeat of the infamous Imploding Turkey of Infinite Death episode (don’t ask…this is still classified as “Ultimate Turkey Secret”).

In the spirit of the holiday, thanks to all the folks who visit this blog and even more thanks to those who comment. While we don’t always agree, I enjoy the discussion-even when I get called out on my claims.

Celebrate our independence as the founders intended: booze, booms and bbq!

Every Spring semester I teach from 11:00 to 8:15 on Tuesday and 11:00-4:25 on Thursday. Since my classes are back to back and run through lunch time, I need to carry my lunch with me and devour it between classes. Obviously, a sandwich is a good choice for lunch on the run.

Since I make my sandwiches the day before, I found that putting lettuce or tomato on one would result in a soggy sandwich. In the past, I dealt with this by just having cheese and meat sandwiches. But, I found these a bit bland and somewhat less than ideal from a health standpoint. So, I decided to create a sandwich that would have vegetables, good flavor and possess a distinct lack of sogginess. To this end, I created my Tuesday-Thursday sandwich.

While you can vary the ingredients, here is how to make one: start with whole wheat flat bread and put the cheese on it. Place the meat (my favorite is roast beef) on the cheese (the cheese “protects” the bread from the meat juice). I then dice red and green peppers and sprinkle them over the meat along with mushrooms. I then add some diced jalapeno peppers to add a bit of bite. The whole thing is topped off with shredded carrots. Since it is too big for a typical sandwich bag, I usually just roll it and then wrap the whole thing in tinfoil.

Those who are not fond of meat can, of course, leave it out and just go with the vegetables and cheese (or cheese-like product).

It is also really good toasted, although I don’t have an oven in my office. 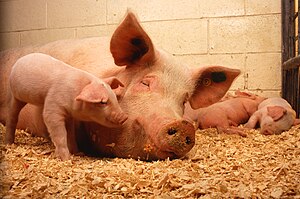 Scientists have made considerable progress in creating synthetic meat. However, the attempts to create a tasty version of artificial flesh has only achieved the “soggy pork” stage. In theory, producing artificial meat is simply a matter of getting tissues to grow in an artificial context (like on a nutrient gel). Getting it to be on par with natural meat is, of course, the main challenge. In addition to some moral questions, the artificial pork does raise some interesting theological concerns.

In some religions pork is considered an unclean meat, but would synthetic pork also be unclean? Obviously it could be kept from being infected with disease or infested with parasites. It would also not have any anatomical or behavioral features that would make it unclean. After all, it would not have a proper anatomy-it would be a slab of tissue. It would not even really be an animal. As such, it could not be unclean in any of those ways.

Of course, artificial pork would still have the same chemical and genetic make up as natural pork-perhaps the uncleanness is in the chemicals or DNA. if so, then the chemistry or genetic code for uncleanness should be something that can be discovered by a chemical or genetic analysis. That, however, seems unlikely. But, if an unclean gene could be discovered, then pigs could be modified to be clean. No doubt this is what would happen at the Big Scientific Breakfast and Nerd Convention:

Scientist One: “My fellow scientists,  I discovered and removed the unclean gene from pigs. I then raised a clean pig, fattened him and then sent him to the butcher. On the plates before you is clean bacon!”

Scientist Two: “For the love of God, it tastes like silly putty…”

Scientist One: “That bad?”

Scientist Two: “…made from Styrofoam…”

Scientist Two: “That was urinated on by a dirty goat.”

Scientist Three: “I warned you, Pigenstein! The unclean gene is what makes bacon taste good! You have tampered with what man was never meant to tamper with!”

Scientist One: “And your flying spider snakes were such a great success…so shut up Al!”

Perhaps the uncleanness is a metaphysical property that cannot be detected by any means and does not rest on any behavior, anatomy, chemistry or genetics. Of course, this makes me wonder what it could possibly be, other than nothing at all.