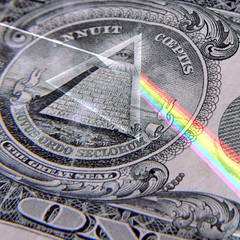 The debate over the Bush tax cuts has created some interesting rhetorical approaches. For example, the folks who are for keeping the cuts in place are generally careful to speak in terms of a tax increase. This is, of course, to make it sound like allowing them to lapse will be an increase in taxes.

Of course, one might say, this is an increase in taxes. After all, if the cuts are not extended, then taxes will go up. Hence, it is a tax increase.

However, this does seem to something of a semantic ploy. Consider, if you will, the following:

Sally: “That damn store is going to raise its prices on December 26th!”

Sally: “Look at this flyer-they are having a 10% off sale until December 24th, then closing for Christmas, then opening on the 26th with a price increase!”

Anne: “Well, I suppose that is one way to look at it…”

Anne: “As I see it, ending a sale is not really the same thing as increasing prices, it is just returning them to normal.”

Anne: “Not really. ‘Increasing prices’ has a negative connotation while ‘ending a sale’ is not so negative. Being critical because a store is increasing prices is one thing. Being mad that a sale is over is quite another!”

Sally: “Well, I think prices should be low!”

Anne: “Ah, that is another issue entirely.”

Sally: “Stop confusing me with reason!”

I am a bit divided on the tax cuts. On the one hand, I like having more money. On the other hand, the deficit is a serious problem and serious national problems would seem to be worthy of some sacrifice. After all, if we can expect people to go to Iraq and Afghanistan for us, surely we can let the cuts expire.

Then again, if we just keep spending like mad, even the extra income is not going to help.

Tell you what, Congress, if you start spending more responsibly I’ll chip in some more money to help us out. Deal?