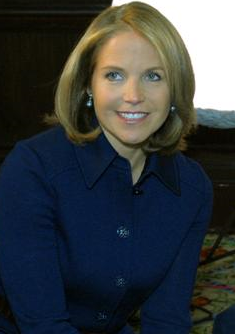 While politicians embroiled in scandals have been eager to avoid the media, there is an increasing tendency of candidates to avoid dealings with media they regard as non-friendly. This was especially noticeable in the run up to the recent elections.

Some pundits trace the start of this new tendency back to Sarah Palin’s bid for vice president. After her interview with Katie Couric, she decided to change her approach to the media. While she taunts the “lamestream media”, she appears on Fox regularly. However, Sharron Angle seemed to outdo Palin in this regard. After being nominated by the Republicans, Angle followed a strategy of accepting interviews rarely and only then from conservatives. She made her reason quite clear in public: she was upset that reporters would not ask her the questions that she wanted them to ask.

This evasion of the press is not just for the folks on the right. While the media is often sweepingly condemned for being liberals, liberal politicians have been avoiding the media-specifically the conservative media (such as Fox News).

One obvious reason why some politicians avoid the media is that it can be risky. While the media generally does not ask hard or critical questions, there is always the chance that a politician will flub badly.  No doubt they think of Palin’s disastrous interview with Couric and O’Donnel’s media adventures and think twice before agreeing to an interview.

Of course, one reason why the public should want politicians to be interviewed is to see how they handle such sandbox situations. If some cannot stand up to the inquiries of the press, then it raises questions about how well they can handle the rigors of office.

Another obvious reason is that some politicians are probably aware that if people knew their real views, then they would have greater difficulty being elected. While it can be wise to remain silent when one has nothing worth saying, a politician who is unwilling to discuss what s/he stands for is a matter of concern. After all, if they are saying nothing, then it seems reasonable to suspect that they are concerned that what they have to say is something that would not go over very well.

Of course, the voters have a right to know the views of a politician. At the very least, they need some basis on which to decide which candidate to vote for.

A third reason is that the media is often regarded as biased and hostile. In the case of the right, they tend to see the non-conservative media as being against them. In the case of the left, they see the conservative media as being against them. As they see it, it makes little sense to go on a news show to be attacked and presented in a negative light. It makes more sense to go someplace friendly (or at least neutral).

A fourth reason is that bashing the media can be a way to gain popularity. People today seem to have a rather negative view of “the media” and, as such, it is an easy target. Ironically, Fox News fans seem to be the ideal target for this appeal-even though they seem to be rather fond of their own special media friends at Fox. I suppose the irony is lost on them.

Sarah Palin has shown a remarkable talent (genius even) in handling the media. She enrages it like a matador angers a bull. Then, when the media rushes to attack, she managed to leap on its back like a cowgirl and ride the media bronco to headlines and front covers. When the folks in the media mock her or are critical, they mainly serve to help her. First, they (as just noted) give her awesome amounts of coverage that keeps her in the news. Second, they serve to confirm the view of her fans that the media are out to get her.

Of course, there is the question of whether or not media bashing is enough. If, for example, Palin plans on being a presidential candidate in 2012, it seems likely that she will have to engage the lamestream media.  Perhaps she will be up to the challenge then.