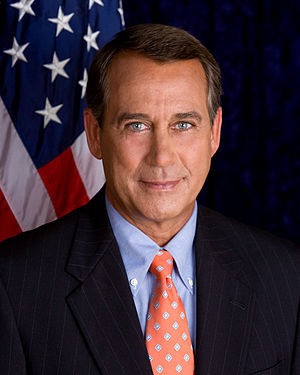 The Republicans are now in control of the House and made gains in the Senate. While Obama is still President (at least until the Republicans impeach him), the Republicans seem to be ready to set the tone of how the federal government will operate. I am assuming that they will be rocking out to the beats of Business As Usual and Money Talks. As the saying goes, “no matter who you vote for a politician gets elected.” I do wonder, though, whether Boehner will hand out checks on the floor of the House, or do so in the privacy of the offices (as the Democrats presumably did).

On a more serious note, it is worth considering what the Republicans will do and what they might actually change.

In some ways, the Republicans are now in an excellent strategic position even if they simply do little or nothing. If the policies of the Democrats end up working, most people will credit the Republicans with the improvement. After all, folks tend to “reason” that whoever is in power at the moment is causally responsible for what is happening at that moment. In reality, of course, what is happening now is usually the result of what was happening before. Now, if the policies of the Democrats turn out to be as horrible in their consequences as the Republicans and their Tea Party fellows claim, then the Republicans can blame the Democrats that remain in Congress (especially the Senate) and Obama. From a purely selfish standpoint, they are in an ideal situation to benefit from maintaining the status quo (including keeping the Bush tax cuts in place).

If the Republicans try to actually do things, then they run a political risk: if things go badly, they might end up unable to put the blame on the Democrats (after all, as the Democrats found, you can only blame the other party for so long before people stop responding). If things go well, they have to worry that Obama will get some credit and thus have a better chance of winning in 2012.  As such, it would seem to make the most sense (in terms of holding onto power, which is what politicians are all about) to spend the next two years wrangling with the surviving Democrats over existing policies (such as health care) and pushing through the sort of bills that stay beneath the public’s radar.

Of course, the “stall 4 012” strategy is not without risk. While Sarah Palin  and others were able to ably fold the Tea Party into the Republican party, there is still a great deal of dissatisfaction with Congress in the abstract. That is, many people are sick of business as usual and how the government operates regardless of which scoundrels are at the wheel of the car bus. The Republicans got tossed out because people were sick of Congress and only had the option to replace them with Democrats. This did not seem to make people any happier, so this time around the Democrats got the boot and the Republicans (and some Tea Party Republicans) slithered in as the Democrats were cast out.

Unless the Republicans are able to do some amazing things (which I am sure they will not) or are damn lucky (the economy surges, for example), then they will certainly get the boot again. Then the Democrats will slither back in and the boot-slither cycle will continue forever. While the Republicans might think they have a mandate (as the Democrats did) and that America has voted against Obama, the truth seems to be that America mostly voted not so much a love for Republicans, but out of disgust of how things are.

Historically, America has seen parties come and go. However, the Republicans and Democrats seem to have cemented themselves into place. Of course, even if they were overcome by a new party or parties, we would probably end up with the same old two party system-only with different names.