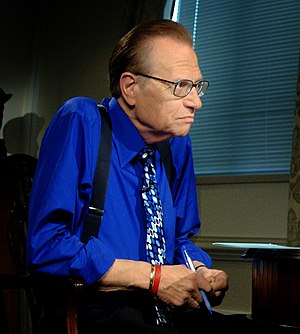 Feisal Rauf recently appeared on Larry King Live to discuss the matter of the “Ground Zero Mosque.” In the course of the interview he noted that “if you don’t do this right, anger will explode in the Muslim world.” Some folks are taking this as a threat of violence. Not surprisingly, this is the view being pushed by the fine folks at Fox. However, it is reasonable to ask whether or not this is a threat.

Since some folks use fear as a tool it is tempting to question their sincerity in taking his remarks as threats. However, whether people see something as a threat or not can be a rather subjective matter. As such, let it be assumed that these claims are sincere: the folks who see it is a threat actually believe they are being threatened. Of course, feeling threatened and actually being threatened are too different things. This is similar to situations involving offense-a person might regard himself as offended when no offense was intended and it would be unreasonable to be offended.

To determine whether Rauf was making a threat or not involves considering what he actually said and what it reasonably implied. This is rather similar to analyzing an explanation that some people take as a justification. An explanation merely provides an account of how and why something occurred. A justification, in contrast, actually involves contending that it was good or at least acceptable. For example, someone might explain why 9/11 occurred in terms of factors such as religion, history, and politics without defending the attack. This might be seen by the uncritical as an attempt at  justification, but it would not, in fact, be such a thing.

Returning to the main topic of whether his remark was a threat or not, the most reasonable interpretation is that he was issuing a warning rather than a threat. Of course, it is easy to confuse the two since both share a common form. To be specific, a threat and a warning both involve saying that if X occurs, then something bad will happen because of X. However, the difference lies in the intent. When someone is warned, the intent is a positive one-to help the person avoid a harm. A warning implies a degree of concern for those warned and the main intent is not to prevent X but to prevent the harm. After all, if I were to warn you not to touch a wire because you would get zapped, but you informed me you had turned off the power, then I would have no worry about you touching the wire.

When a threat is made, the intent is a negative one-to use fear to persuade others not to take the action. The main goal is not to prevent the harm but to deter others from doing X. As such, the person making the threat is not concerned with the well being of those being threatened but with getting them to do (or not do) what he wants on the basis of the threat.

In the case of Rauf’s remark, it does not seem to be a threat. Rather, he seems to be presenting a warning that if the community center is stopped, then this will have a negative impact on American relations and interests. As such, he seems to be motivated by a desire that America and Americans avoid a potential harm. It does not appear that he is presenting a potential harm in order to coerce people into doing what he wants.

It might be argued that Rauf is cleverly masking his threat behind the mask of warning and that he secretly wishes America ill. However, an appeal to secret motivations is hardly an effective basis for proof.

Giving what Rauf has actually said, he seems to be presenting a warning that is aimed at protecting America from potential harm rather than making a threat to get what he wants.