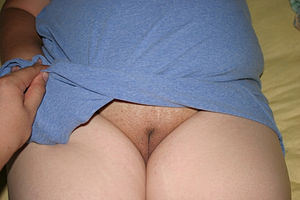 CNN posted an iReport about national topless day. While there are some limits on when men can go topless, there are many more imposed on women. For example, I can legally run most places without wearing a shirt. A woman runner doing the same thing would risk being arrested for indecent exposure. This leads to the obvious matter of what justifies the difference in treatment.

Some people would point to religious reasons and claim that God does not want people seeing breasts in public. Of course, this cannot be true. Since God is supposed to be all powerful, it would be easy enough for him to prevent women from showing their breasts. He could simply impose selective blindness or make it so that breasts create a blurring effect when gazed upon by those who should not see them. So, it seems that God is not too worried about breasts.

Laying aside the religious foundation, it could be argued that the female breast is obscene and so awful that it should not be shown. However, this seems to be clearly false. While there are no doubt some vile breasts, I am confident that almost all men will agree that they are quite pleased to see breasts. In fact, people spend lots of money buying photos and videos of women with exposed breasts. So, it cannot be that people should be protected from the ugly horror of breasts.

It could be argued, to borrow from Islam, that men are so wicked, depraved and lacking in control that women would put themselves at great risk by exposing their breasts. Of course, this same argument has been used to argue against women showing any skin at all and yet violence against women does not seem to increase in proportion to an increase in the amount of skin displayed.  In fact, places where women are forced to cover the most seem to have the most serious problems with violence against women.

It might be argued that breasts are a private part, like the genitals, and hence should not be exposed in public. Of course, this merely pushes the question back (or lower) to the matter of why these parts should be covered up.

Perhaps a practical argument could be given. Since men are so interested in breasts, having women going around topless would create a potentially hazardous distraction. For example, men might crash their vehicles while staring at women’s breasts. Men might also make errors at work when their brains are focusing on the nipples and not, for example, the numbers.

Of course, the same sort of arguments were given in the past against woman showing skin, but people obviously adjusted to the changes. True, men stare at women, but they did so even when women were covered from ankle to neck in dresses.

One might also argue that going topless would lead to immoral behavior. After all, it might be contended, a woman could start by exposing her breasts and then on the slippery slope to wickedness.  This argument, of course, is nothing new. The same concerns were raised about ladies showing an ankle at the beach.

The argument might have some bite to it, though. After all, people can point to the various over-sexed reality shows, pornography, and bad sexual behavior as evidence that wicked behavior has increased as more skin has been exposed.

Of course, a look at history shows that people have been rather consistently wicked through the centuries. Also, there is the question of whether such behavior is, in fact, immoral.

As a final argument, it could be argued that women would be presenting themselves as sexual objects by showing their breasts in public. This, as the feminists would argue, would be a bad thing. Of course, this would depend on why the women were taking this action. If they did so to be sexual objects for the lustful eyes of men, then perhaps this would be wrong. However, if women did so primarily for the same reasons men do (because it is cooler, to get a better tan, or to show off) then it would seem to be no more wrong for women to do so then it would be for men.

While I do think that many men would act like idiots if women were allowed to go topless in the same situations as men, this is failing on the part of those men and this should not be I also suspect that if this became the norm, men would return to our usually levels of idiotic behavior and an exposed breast would be no more extreme than an exposed ankle or leg was back in the day.