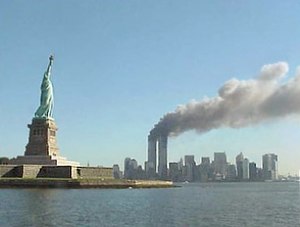 While there is considerable discussion about how the war on terror should be run, there is relativity little talk about whether there should be such a war.

I suspect that some readers think I will be presenting only two options: either fight terrorism or simply give up. This view would be based on the assumption that either we are waging war against terrorists or we are doing nothing. However, this is a false dilemma. There are considerable gradations between having a war on terror and doing nothing.

Obviously, I do not advocate doing nothing about terrorism. However, I do believe that the war on terror is fundamentally misguided and actually creates more harm than good. As such, I am actually arguing that we should do a better job countering terrorism.

One obvious problem with the war on terror (which is shared with most of the other wars on whatever) is that the war and opponent are not clearly defined. Rather, the notion of war and the notion of terror are rather vague. While the idea that we are in a war against terror is brought out to justify a wide range of actions, this war, its goals and its methods seem to shift with the political winds. As such, it is hardly any wonder that this war on terror has made about as much progress as the other wars on whatever.

What is needed is a clear and precise set of goals, objectives and methods. That is, we need to know what exactly we are trying to do and how we are supposed to accomplish it. As such, the war on terror should be replaced with discrete and precise objectives.

Another problem with the war on terror is that the notion that it is a war can be misused to create a sense of urgency and importance. This allows, for example, people to silence criticism by evoking the notion that we are at war. The problem with this is that the criticisms can often be legitimate. When such criticism is silenced, then corruption and the misuse of power become far more likely. This has been the case in the war on terror.

As such, we need to take a critical look at this war on terror and the critics must not be silenced with cries of “national security” or “we are at war.”

A related problem is that the war on terror has resulted in a vast expansion in intelligence services and operations. For example, almost a million people now have top secret clearance. At first glance, this might seem like a good thing. After all, the more agencies and people who are out gathering dots to be connected the more likely it is that terrorists will be caught.

However, some reflection and investigation reveals some serious problems. One of these is that such a vast number of agencies, contractors and operators actually creates a morass that makes it harder to rapidly and effectively process and act upon intelligence. Second, this system is consuming significant amounts of resources that could be better employed elsewhere. Of course, this situation is a gravy train for the security contractors and it could be argued that this should be looked at as a government jobs program (socialized security, perhaps).

Interestingly enough, trimming down, streamlining and re-organizing the intelligence system would result in a more effective gathering and processing of information. The practical challenge is, of course, to create a system large enough to handle the challenges yet small enough to remain effective.  Naturally, when people try to argue for this view, the usual response is that “we are at war” and hence presumably need a bloated and wasteful system.

Another related  problem is the fact that this war on terror has been used as a means to siphon vast sums of money to various contractors and others. The war on terror has certainly proven profitable for some, including some members of congress. Of course, spending money and getting a good return would be fine. However, the money dumped into the war on terror seems to have yielded very little in terms of enhancing national security. For example, consider the money spent trying to detect radioactive material. As another example, consider the vast sums spent on private security contractors that has created an ineffective system.

Even worse, a significant amount of money has actually “vanished.” For example, the Pentagon cannot account for $8.7 billion in Iraqi funds.

This is, of course, the sort of thing that Eisenhower warned us about. What is needed is perhaps the impossible: proper auditing of spending, investigations into war profiteering (including members of the government), and changing the focus from fattening bank accounts to developing effective means of countering threats.

While we do need to be on guard against threats from terrorists, we do not need this war on terror.