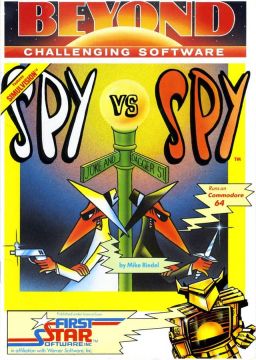 Nations are never really friends. As such, even though the (First?) Cold War is over, I was not surprised when the Russian spy story broke. We, no doubt, have numerous spies in Russia.  That is what nations do and it is part of the games that countries play. Of course, arresting spies is also part of the game as well.

While spying is all part of the game, I have often wondered about the ethics of spying. On the face of it, this sort of spying seems unethical in that it involves across the board deceit and deception. The spies were interacting with normal people and there is, of course, an expectation that people do not engage in such deceit in personal relationships.

Of course, there seems to be an easy enough moral “out” here-an analogy to war. In normal life, killing people is generally considered wrong. But, the moral magic of war seems to transform such killing so that it is at least morally acceptable. The basis for this “magic” seems to be the state: actions taken at the behest of the state typically enjoy special moral status. In the case of this sort of spying, the state transforms the immoral act of deceit into a morally acceptable act.

One might wonder how this “magic” works. After all, if I engage in deceit for my own gain, then that would be generally wrong. If I organized a group and we used deceit for our advantage, then that would also seem to be wrong. Merely adding more and more people until my gang becomes a nation hardly seems to change things in a morally significant way.

Perhaps it is not a matter of numbers, but a matter of utility. So, while deceit is generally wrong, the need for a nation to be secure morally justifies it sending spies. This would, one might argue, be morally on par with lying to a person who might decide to attack you so that you might keep an eye on what she is doing. Since we might act in ways contrary to the interests of Russia, they would have the moral right to spy on us. We, in turn, would have the right to deal with those spies.

Of course, anyone who wanted to deceive to gain an advantage would seem to be able to appeal to this sort of justification. This seems to be a problem. Unless, of course, the notion of ethics is abandoned here and nations are to be considered beyond good and evil. This would invite the obvious question of why nations would be exempt from ethics.

A nation that was doing good could avail itself of a utilitarian defense of spying: while such deceit is generally seen as wrong, such deceit for the greater good would be acceptable. The challenge is, obviously enough, supporting such a claim.

From a practical standpoints, nations (or rather the people who claim to be the state) will do as they wish.