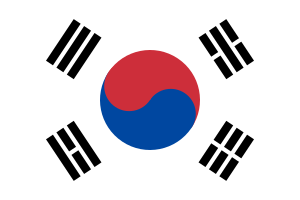 While the news folks are focusing mainly on the oil spill, the situation between North Korea and South Korea has been heating up. The most recent catalyst is the discovery that the South Korean warship that sank was apparently torpedoed by the North Koreans. In response, the United States has been attempting to put pressure on North Korea. The United States is also flexing its muscles by planning joint exercises with the South Korean military. This will include anti-submarine operations.

North Korea is, as usual, not taking things very well and has been making various threats. Meanwhile, the Chinese seem to be considering what to do. On one hand, a war in the region would probably not be advantageous to China. On the other hand, the Chinese certainly do not want American influence in the region to grow. After all, the Chinese have created a few incidents with the United States military in the region.

This is, obviously enough, a rather serious situation. Perhaps the most reasonable approach is to work with China to defuse the situation and work towards a peaceful resolution. Of course, North Korea’s rogue behavior cannot be allowed to go unchecked.  After all, a lack of response will merely encourage more rogue behavior which could escalate into war.

If China can be convinced that such behavior is not in its best interest, then China’s influence could be rather useful in this matter. However, if the Chinese would prefer to escalate matters to push against the United States, then things could get much worse. As such, China is a key player in this situation. Given that we have been such a good customer, perhaps they will be willing to work with us.