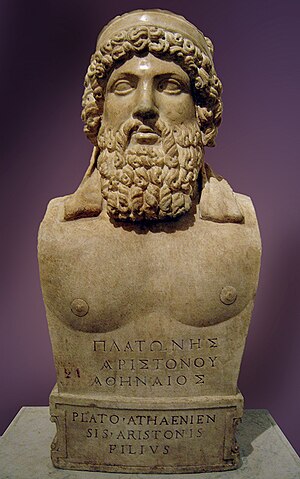 In my previous post on this subject, I considered that being a man might be merely a matter of meeting certain social norms. In short, perhaps being a man simply amounts to determining the standards set by the group in question and meeting them.

One way to look at this is to go back to the dispute over universals during the Middle Ages.  To oversimplify things quite a bit, one option was to believe that metaphysical universals are real. Roughly put, this is the view that individuals are grouped into types on an objective basis and this basis is a metaphysical property. So, for example, all men would be men because they instantiate or participate in the universal of man. This sort of view dates back to Plato. There are, of course, many views about the nature of properties. For example, there are trope theories (sometimes refereed to as theories about abstract particulars).

On this sort of view, then being a man would be an objective matter. A person who has the quality in question would thus be a man.  This, if Plato was right, could be a matter of degrees with some men being more men than others. This would be comparable to his account of beauty: objects come in degrees of beauty based on how well they instantiate the form of beauty. On this sort of view, how manly a man is would be an objective manner (although people can, of course, still dispute relative manliness).

This might also not be a simple matter of having a single quality-being a man might also involve having a set of properties and thus be a complex rather than a simple. This is, however, consistent with their being an objective basis to being a man.

The main alternative to this sort of metaphysical realism is known as nominalism. Crudely put, this is the view that individuals are grouped on the basis of names. In short, all men are men because they are called men. This sort of approach is like the one considered in the first blog on the subject.

While there are numerous versions of metaphysical views about the basis on which individuals are grouped into types,the division between there being an objective basis and the denial of such a basis cuts across all the various views. Clearly, whether being a man is objective or subjective is rather important.

On the plus side, this sort of metaphysical realism has a long and established pedigree (with a multitude of supporting arguments). Also, the idea of there being an objective basis to being a man has a certain appeal-if only to provide a foundation for our judgments that goes beyond mere opinion.

On the minus side, the opposition to this approach also has a long and well established pedigree. Also, the idea that being a man involves weird metaphysical entities rather than mundane factors such as character traits or behavior seems to be rather weird. But, of course, weirdness is not a very serious charge in philosophy.  Finally, being told that being a man is a matter of instantiating the property (or properties) of being a man does not go very far in telling a man how he should act should he desire to be a man.  To misquote Aristotle, what we are concerned with is no so much knowledge of men, but what it is to be  a man. Otherwise, our study would be useless.

Thus, while the metaphysics of being a man are of interest, what seems to be of even greater interest is what it actually is to be a man in terms of how one should act.