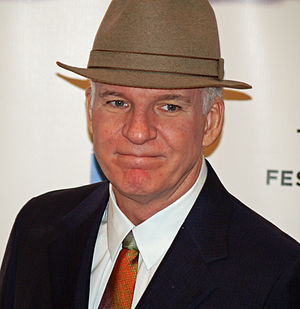 The notion of cruelty seems to be an important concept in both law and morality. Not surprisingly, what acts count as cruels is a matter of significant debate. My intent here is not to focus on sorting out specific actions or developing a cruelometer. Rather, I am going to address a slightly more abstract issue: whether cruelty requires the capacity to suffer on the part of the victim.

Intuitively, for an action to be cruel, the victim of the action must be capable of suffering. With due apologies to Steve Martin, while there can (perhaps) be cruel shoes, one cannot be cruel to shoes. This, of course, excludes sentient shoes such as Philip K. Dick’s brown oxford.

If this intuition is correct, it would follow that cruelty would be impossible in cases involving beings that cannot suffer from the action in question.

While this intuition holds for inanimate objects such as rocks and shoes, it weakens in the case of living creatures, even when such creatures cannot suffer. For example, the human fetus is not supposed to be able to suffer from pain prior to a certain number of weeks of development. However, it would not seem irrational to speak of such a fetus being subject to cruelty. It would also not seem foolish to speak about certain acts done to brain dead or even dead humans as being acts of cruelty. As a final example, even if certain animals could not suffer (suppose, for example, that Descartes had been right) it would still seem appealing to regard some acts as being cruel to them.

One way to cash out these intuitions would be by asserting that although the actions would not be truly cruel, we regard them as cruel because 1) such acts against a being that could suffer would be cruel and 2) the beings in question (the fetus, the brain dead human, and the animals) are enough like creatures that can suffer.

One way to present a moral argument against such “pseudo cruel” acts is to use Kant’s argument regarding animals:  if a person acts in cruel ways towards such entities then his humanity will likely be damaged. Since, as Kant sees it, humans do have a duty to show humanity to other humans, such actions would be wrong. This would not be because the victim was wronged but because humanity would be wronged by the person damaging his humanity through such an action.

Since the argument is based on the psychological effects of the action on the actor, acts against beings that 1) lack the relevant moral status and 2) do not create the psychological effect in question when subject to “cruel” acts would not be wrong and also presumably not cruel. This nicely matches our intuition that one cannot be cruel to rocks.

So, an act can be considered cruel if the being in question can suffer or if the action can affect a normal actor in a way comparable to an act of “true” cruelty (that is, make her more inclined to cruelty).

Of course, this discussion cannot be properly finished without bringing up a strange and perhaps irrelevant  imaginary scenario:

Imagine a future scientist, Sally, has a mean sister, Jane, who is very cruel to her husband, Andy. Sadly, Sally is a crime boss and would see to it that Andy would be gutted and then cloned if he ever left her. Being a sensitive genius, Sally builds an android duplicate of Andy (an Andydroid) to replace her sister’s husband and spare him from her cruelty. She then smuggles Andy off world so he can have a better life.

Being a moral person, Sally does not want Andydroid to suffer, so she makes him immune to pain and suffering. Naturally,  he has all the behavioral programming needed to satisfy Sally’s need to see Andy suffer. For example, if Jane flaunts her latest lover in front of Andrydroid and “his” friends, he will shed tears but will actually feel no emotional pain.

Sally is such a genius that Jane never notices the difference. She treats Andydroid the same as Andy, yet Andrydroid does not suffer from her actions at all.

So, are Jane’s acts against Andrydroid cruel acts or not? Bonus points for classic science fiction references, of course.