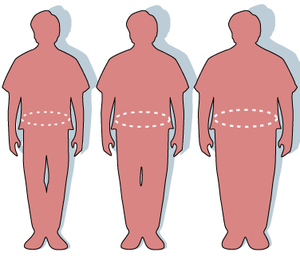 Donna Simpson is trying to become the fattest woman on earth. She has hit 600 pounds and is working hard to top that.

While trying to be the greatest is often a laudable goal, this one seems a bit questionable at best. After all, being so obese will have serious health consequences and intentionally doing harm to oneself would appear to be the wrong thing to do.

It could, of course, be argued that a person cannot wrong himself. This sort of reasoning can be based on the notion of consent. After all, consent can often make an action acceptable when that action without consent would be wrong. For example, if someone just takes my laptop, that is theft and wrong. But, if a friend asks to borrow it and I agreed, then that would not be theft.

Since Simpson is obviously consenting to her eating, it would seem to follow that her action is not wrong (despite the health risk she is imposing on herself).

However, it can be argued that while consent does change the ethics of a situation, it is not a silver bullet that eradicates all immorality. For example, suppose that a married man has consensual sex with a woman other than his wife. While this would be morally better than his raping the woman, her consent would not make the action morally acceptable. After all, the woman is still a party to adultery, despite her agreement to participate (and his as well).

So, perhaps Simpson’s consenting to her own fatness does not make it morally acceptable.