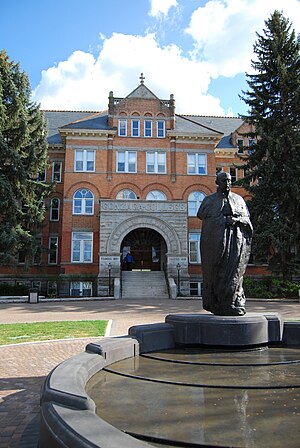 Aggressive affirmative action programs and other efforts at increasing diversity have has a measure of success in education. To be specific, ethnic diversity is reasonably well established at American colleges and universities. However, there is still a considerable gap in regards to graduation rates. To be specific, while whites and Asians enjoy high graduation rates, blacks and Hispanics continue to lag behind. Community colleges have the worst rates; but this is true regardless of ethnicity. Elite schools tend to have better graduation rates across the board. This is a matter of concern because college educated people have higher incomes (and hence pay more taxes), tend to be more stable citizens (committing fewer crimes and so on), and compete better in the global economy.  Put crudely, college educated people are a great resource.

While it is easy and tempting to explain the disparity by tossing out the R word (“racism”), this sort of vague answer is neither satisfying nor particularly helpful. It is much more useful to focus on more specific and concrete causal factors that can, in theory, be addressed in a more focused way. Focused, that is, relative to the general battle against racism.

Being a professor I am in a reasonably good position to present some possible causes for the low graduation rates. The following discussion is not exhaustive (this is a blog post after all) and my research is limited (I am not at the federal grant feed bag, spending education dollars on cranking out mountains of paper).

One factor that impacts graduation rates is the preparation the student receives in K-12. In my years of teaching I find a clear correlation between the quality of education a student received prior to attending the university. This, of course, makes sense. A student who has a strong educational foundation will tend to have the skills and abilities needed to get through college. Blacks and Hispanics often do not have the opportunity to receive a solid foundation in the public education system and this would contribute to the graduation disparity.  While schools do provide remedial programs, these are hardly ideal solutions. The solution is what has been suggested for years: we need to have a better K-12 system across the nation. While some schools are excellent, my own experience as a professor makes it clear that while everyone has equal access to public schools, these schools are far from equal.

A second factor is economic. College is expensive and grows more expensive each year (I can assure you that faculty salaries generally do not keep pace with this). While there are numerous scholarships, loans and other ways to pay for school, some students have to work to earn tuition money. Not surprisingly, doing well in school is harder when a student has to work. Hours spent working can interfere with class schedules and studying. While the impact of work is not ethnic based, the economic disparity between ethnic groups gets played out here as well. One solution is to make more support available for students who need such support.

A third factor that impacts graduation is membership in the academic community. A student who feels accepted in the community and enjoys its support will tend to have a higher chance of graduation. For example, a student who believes that the professors care and will work with her will tend to have a better chance of completing school. Black and Hispanic students at “white schools” might feel that they are not part of this community and this would tend to diminish their chances of graduation. Of course, cruel indifference from professors and administrators is something that can occur regardless of a person’s ethnicity. Solving this problem is a mater of taking steps to build such an academic community. For example, professors should be corrected when they act in ways that destroy rather than foster such community. Something as simple as actually keeping office hours and treating students politely can make a considerable difference. Of course, students also need to do their part. Students who are disrespectful to faculty and each other serve to wound this sense of community, thus helping create a dysfunctional situation.

Perhaps the most important factor in graduation is, of course, the student. In my classes, the main causes of failing grades seem to be 1) a failure to attend class, 2) a failure to do all the work (not doing the required paper, for example), and 3) a lack of effort (not studying or spending class texting, etc.). While there are factors that can prevent a student from attending regularly or doing the work that are beyond his control, these factors are largely under student control.  As such, it is important not to forget the responsibility of the student when considering how to improve graduation rates.

Of course, the academic character of a student does depend a great deal on their previous experiences. So, for example, a student who has had  a poor education in K-12 will often tend to be the sort of student who does not do what must be done to complete a college degree. However, the failing cannot be entirely blamed on others. After all, I have had numerous students who overcame really poor K-12 educations through hard work. These students would show up to every class and stop by during my office hours. In some cases I would spend my office hours teaching basic grammar rather than philosophy, but I consider this time well spent.

That said, overcoming such obstacles takes a person of rare character. It is, of course, preferable to build a society that creates such character rather than requiring it to  have a chance at academic success.