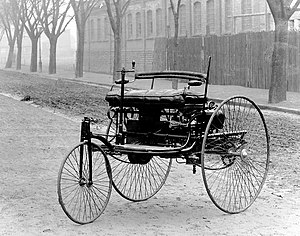 This has not been a good time for the automobile industry. While the folks who make and sell cars have not had the misfortune of being a target of choice for terrorist groups, the auto industry has been badly damaged. The once mighty and world dominating American auto companies are no longer titans of the industry. GM, for example, is now a sad little ward of the state thanks to decades of poor decision making.

The plummet of the American companies would seem to have offered foreign companies yet another golden opportunity to increase their already significant lead. However, Toyota stumbled badly recently with the infamous accelerator problem.

While the slumping economy has hurt sales, the damage to the auto companies has been self-inflicted. As noted above,the folks at GM drove the company into the ground. The folks at Toyota built cars with a serious defect and did not handle the problem quite well enough.

From a rational standpoint, this would seem to be a poor time to buy American or buy a Toyota.  After all, some of Toyota’s top models are affected and it is hard to say at this point how far the damage t0 the brands and the company will extend.

While the other auto  companies might be able to step and grab more territory, it might be the case that consumers will be increasingly wary-and justifiably so. Given that the consumer economy is already rather slow, this could create an even greater slowdown in this aspect of the economy.

Handling problems is also problematic. One major concern for companies is, of course, law suits. As such, the company folks do not want to take responsibility too early and they want to act so as to minimize the cost the company. Of course, such steps can be seen as dithering and delaying and this hardly helps with the problem.

Toyota might, like other companies have done, be able to restore its reputation. It might even be able to come out of this situation better than it went into it-but this remains to be seen. In any case, time will tell.