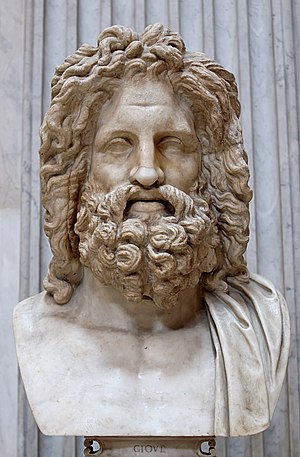 Two factors have merged to inspire this blog. The first is my seemingly endless debates about God’s existence. The second is the History Channel‘s series Clash of the Gods.

In a recent discussion of God‘s existence, the arguments turned to the matter of whether or not archeological finds can serve as evidence for God’s existence. For example, if a place that is mentioned in the bible is found to be real, does this help support the claim that God exists?

My first argument in support of my view is a very simple and perhaps even a silly one. However, I think that it is rather effective in its simplicity. Suppose I give you a call and claim to have seen a ghost in my kitchen. Sensing your doubt, I assure you that I have evidence that supports my claim and I invite you over to see it. Intrigued (and perhaps worried about my sanity), you head on over to see this evidence. I lead you to my kitchen and say “here is my proof. As you can see, my kitchen is quite real!”

Naturally, you would think that I had either gone off my rocker (once again) or that I was pulling some sort of odd prank (once again). After all, showing you that I have a kitchen just proves that my kitchen exists (well, for practical if not philosophical purposes) and does not establish anything about ghosts. What is wanting is a bit of evidence relevant to spirits of the ghostly sort rather than a view of where I keep my mundane spirits.

Likewise, showing that a place where a supernatural biblical supernatural event took place exists merely proves that the place exists. Without further evidence of this alleged event, such a find does nothing to support a claim of divine activity. For example, finding the city of Sodom does not prove that God destroyed the city. What would be needed would be signs that the city was destroyed via means available only to God.

My second argument for my view is more or less an extension of the first one, but it adds in the stuff relating to the Clash of the Gods.

In the episode on Medusa, the program presented both the mythology and discussions about the possible facts behind the myths. Also, the real places where the events where said to have taken place are presented. For example, in the myth Medusa is raped by Poseidon in the temple of Athena. This temple still exists to this day. As another example, the birthplace of the hero Perseus is also quite real.

In various other episodes, the same sort of approach is taken. The possible historical facts that inspired the myths are presented (such as the maze like palace that probably inspired the infamous maze of the minotaur) and the places where the events allegedly took place are often revealed as real places.

While the places mention in the Greek myths are often real, it would not be inferred that finding such places establishes the truth of the supernatural (or extraordinary) aspects of the myths. For example, the fact that the temple of Athena is real does nothing to prove that Medusa was raped there by Poseidon and transformed by Athena into a Gorgon. Likewise, finding places mentioned in the bible are real does nothing to show that any alleged supernatural events really took place.

To use a final example, consider another book about the supernatural and great events: Homer’s Iliad. This book tells tales of the supernatural: the doings of the gods, the existence of demigods and so on.

In a nice parallel, the city of Troy was long believed to be a legend. It was not until Schliemann found Troy did people accept that the story had some basis in historical fact. However, no reasonable person believes that the re-discovery of Troy proves that the Greek gods really exist (or existed).  After all, it is one thing to find evidence of a legendary city and quite another to infer the existence of divine beings.

The same would seem to be true of the bible. Even if every earthly place in the bible is found, this would not provide a single piece of evidence for God’s existence. What would be needed would be evidence of the allegedly supernatural events that took place.

Naturally, some folks might object that certain findings would seem to show that God exists. For example, it might be claimed that finding Noah’s ark would do the trick. However, this is not the case.

Finding the ark would certainly be an amazing discovery, but it would not prove that God exists. After all, men can build huge vessels without any divine intervention (just consider some of the huge vessels built in ancient days). Also, we know that serious flooding occurs naturally. As such, finding such a ship would not show that God destroyed humanity in a vast flood.

Of course, I do accept that finding archeological evidence that the entire earth was flooded and all humans (aside from Noah’s folks) perished would point towards an event that would seem to be beyond natural explanation. After all, a natural event that could flood the entire earth (putting the mountains under water) during the time that humanity has been around does not seem to be geologically possible.  Of course, there seems to be no indication of such a massive event, despite the fact that it should have left a significant amount of evidence.

In light of the above discussion, archeological findings that do not contain actual evidence of divine activity cannot be considered as evidence for God’s existence.