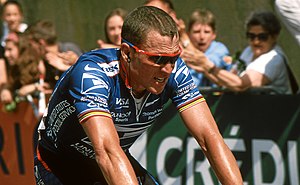 When it comes to exercise, two of the big obstacles are time and motivation. I’ve written about finding time and now I’ll turn to motivation.

I have noticed that almost everyone says that they would like to exercise and get fit. This usually happens around the holidays (“damn, I’m packing on the pounds…I better start exercising”) and most especially around the New Year (“time for yet another empty resolution about fitness”). In most cases, these good intentions result in one or two feeble attempts at exercise and then lead the person back to the hell of Cheetos and plenty of couch time. So, how can a normal person get motivated and, more importantly, stay motivated? Naturally, this varies from person to person, but here are some ideas.

Negative Motivations
People often try to self motivate by using negative motivations.  Negative motivation is when you exercise in order to prevent or undo something negative-like being fat or having a heart attack.  For example, after devouring all that Halloween candy, Thanksgiving turkey and Christmas cookies a person might decide that they need to exercise because they are fat. As another example, a person might find they have hypertension and decide they need to exercise to avoid being found dead on the couch, covered in moldy Cheetos.

Negative motivators can work, but they are based primarily on fear and worry. The main downsides to using negative motivation are as follows. First, it is easy to stop exercising when you think that you have solved the problem. Then the problem comes right back. Second, such a negative approach can be psychologically problematic. For example, if someone focuses on being fat, this can lead to issues and problems. Third, it can be difficult to maintain the worry or concern that provided the initial motivation. For example, people often get quite comfortable living with being overweight or having higher blood pressure.

Rewards & Punishments
People are, of course, motivated by rewards and punishments. One way to motivate yourself to exercise is to reward yourself for exercising or punish yourself for slacking. For example, a person might treat herself to a slice of her favorite pie when she sticks to her workout schedule all week. If she does not meet her goal, then no pie for her. The plus side is that  rewards and punishments do tend to work. One problem is, of course, the fact that if you are rewarding yourself, then you will need the willpower to hold back rewards when you do not meet your goals. Also, it can be a bit creepy to hear about a person rewarding and punishing themselves-and such behavior can lead to some psychological problems (like a person cutting way back on her food for being “bad”).

The way I use this method is a very minor way. If I exercise more, then I feel free to eat more of the fattening things I like. If my exercise hasn’t been quite up to par, then I’ll (for example) have a smaller slice of key-lime pie.

Exercising with Others
One effective way to stay motivated is to exercise with other people. This has many motivational benefits. First, a person is less likely to back out of exercising if s/he has planned to exercise with others. This adds a social push to sticking with it. This is especially true if you are involved in a team sport. Second, people can support each other when the exercising becomes challenging. Third, if you like the people you exercise with, you will want to spend time with them and this is motivational. On the downside, being in a group can sometimes make it easier to stop. For example, if you are just one person on a big softball team, it can be easy to say that someone else will cover for you if you miss a game or six. Another problem is that you might become reliant on others so that if they stop, you will stop. And, of course, there is always the risk of personality conflicts. But, in general, exercising with other people can be a big help-just be sure to try to find people you like and who will stick with the activity.

This method can be very effective if you exercise with family members or friends. Spouses often find it motivational to exercise with their spouse-although some do not.

Coach/Trainer
Some people have the money to spend on a personal coach or trainer. Such a person can be quite a motivator in two ways. First, they are supposed to professionals at motivating slackers. Second, if you are paying them, you might be more inclined to actually use their services.

On the minus side, they cost money and it is easy to get dependent on a trainer. If for some reason you can no longer afford your own trainer, then it can be very easy to quit.

You can, of course, get free or cheap coaching and training. Sports clubs and teams often provide such services freely or at low prices. For example, my running club has running classes for beginners and intermediate runners that provide excellent training. As another example, softball leagues typically provide practices and coaching for little or no cost. People who have been in a sport or activity for a while are often quite willing to help out beginners.

Before the web, the way to find out about such groups was to go to a sports store and look for fliers. These days, the web is the place to look. For example, to find a running club, just Google using “running”, “club”, and your city/town/area.

Schools also often offer low cost classes and activities to members of the community, although some universities limit participation to students, faculty, staff and alumni.

Getting proper coaching and training can really help with motivation. A good trainer/coach can inspire a person, provide reasonable goals and also help a person do the activity right. After all, when people do poorly at something, they are often inclined to give up.

Set Realistic Goals
While all sorts of TV ads promise amazing results in a short time, fitness is a slow process. The body will begin to adapt to exercise quickly, but the results will not be very noticeable for a while. For example, weight lifting usually takes about six weeks before any results (other than soreness) are noticeable. Running also takes time to improve endurance. The martial arts require years of training.

So, how do you know what sort of goals are realistic? The best thing to do is to research this-and not by watching TV ads. Find people who have been in the activity a while, check on credible web sites, talk to trainers and coaches and read a credible book or two. While finding the truth about exercise might be a bit disappointing, having realistic expectations actually helps in sticking with an activity. For example, if a person thinks he’ll be ready to run a marathon a month after he starts running, then he’ll probably give up running when he has a horrific marathon. In contrast, someone who runs her first 5K after three months of training will be more likely to stick with the sport.

You will also need to assess yourself. People vary a great deal in their abilities. For example, it was realistic of Lance Armstrong to plan on hitting the three hour mark in the marathon despite not being a runner. After all, he was a world class cyclist. In contrast, a person who is an ex-smoker, overweight and hasn’t exercise since high school gym class will need to set fairly modest goals initially.

One common mistake that people make is that they overdo their exercise the first time they try it. When a person starts out, they are well rested and will probably feel pretty good running more than they really should, biking too far, or lifting too much. They will then feel really awful, sore and tired the next day or two. This tends to seriously dampen a person’s motivation. As such, it is vitally important to have realistic goals right from the start.

Schedule & Don’t Skip
It is a good idea to have an exercise plan and schedule. A person who exercises “whenever’ will find it much harder to stick with exercising. So, I’d suggest working out a realistic schedule.

Exercise is in some ways like quitting smoking. If a person tries to quit smoking, but decided to just have “one smoke”, then they will most likely not quit. Likewise, if a person who is trying to exercise decides to just “take today off”, then that breaks the exercise pattern and makes it easier to just stop. This is not to say that a person must or even should exercise everyday. In fact, it is best to take a day or more off each week to avoid injury and over-training. However, a planned exercise should not be skipped.

Habituation
Of course, it is easy to say that you should stick to a schedule. The challenge is making it stick. The way to this is habituation. This, of course, comes right out of Aristotle‘s discussion of moral education. His view is that by habituation people become virtuous. In the case of exercise, the more you exercise, the easier it becomes to stick with it. For many people, the trick is to stick with it until that critical point of habituation is reached. For example, when I first started running I did not enjoy it at all. it hurt, made me feel sick, and was tiring. But, I stuck with it and eventually reached a point where not running was far harder than running.

As noted above, you have to stick with it until you hit that habituation point. This means that you need just enough will to get to that point, then after that it will be easier. To use an analogy, it is like biking a hill: you need enough strength to get to the top and then the rest is easy. Getting to this point requires using the other motivation methods. Once you hit the habituation point, then you’ll find it much easier to stick with it.