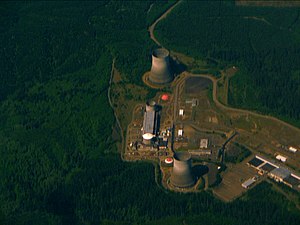 The main worry is that terrorists will use these images to plan out attacks against nuclear power plants. Apparently, the people who attacked Mumbai used online mapping software to help plan their attack and this lends credence to the worry. Obviously, such images would be very useful in planning out an attack. Also important is the fact that the images can be acquired without attracting attention. In contrast, making a physical reconnaissance of a target would be risky for terrorists and could well tip off law enforcement that something is up. The proposed solution is to have a policy for blurring such images to make it more difficult for terrorists to get such information. Dick Cheney‘s house, it has been claimed, is blurred out on Google Earth.

Of course, one obvious problem with this plan is that the images are readily available now. Any terrorists thinking about attacks in the future can just save the images and have them on hand should they decide to plan an attack. However, the blurring of new images could still be effective. Doing so would deny people detailed images of these critical locations, provided that they did not have some other means of acquiring them. Of course, terrorists could simply attack the multitude of sites for which they already have clear photos. As such, the time to blur would have been before the images were posted. To blur now is like covering a child’s eyes to prevent him from seeing streakers only after several of them have already run by.

While blurring such images might help, terrorists have obviously launched effective attacks without them. Terrorists can also acquire information in many other ways, though these might be somewhat more difficult. As such, the value of blurring is probably fairly minimal.

No doubt someone will argue that we should blur the images even if it would have little effect. After all, they might say, blurring the images takes such little effort and could make us a tiny bit safer. Surely that is worth it?

On one hand, that seems reasonable. After all, if blurring the images makes it a tiny bit more difficult for hypothetical terrorists to launch hypothetical attacks in the future, then it seems like something that should be done.

On the other hand, there are some concerns about doing this. One is that blurring out the sites would really do nothing to make us safer. After all, a terrorist is not going to say “curses, we were going to attack the Great Satan‘s nuclear plant, but these blurred images make it impossible! Damn you to hell, Photoshop!” As such, there is no reason to take even the small effort needed to blur things. A second reason is that for the blurring to have any chance of being effective, all publicly available images would have to be blurred. Ensuring this would require new laws and their enforcement. This would, as always, not be free or easy and we should ask if the cost of doing this would be worth the alleged gain in safety. Conservative folks would probably also raise concerns about the government stepping in with more regulation. A third reason is that such moves towards secrecy can encourage the spread of more secrecy. If we start by blurring out nuclear plants, then the logical step is to blur out non-nuclear power plants, and so on to everything that the terrorists might consider attacking. Also, since terrorists have made use of online mapping programs, we need to be worried that they might use Mapquest or Google Earth to find their way to key targets. They can, of course, also use paper maps-so we need to be worried about those as well.

While this seems absurd, that is my point. The same logic used to argue for blurring the photos of the buildings can be used to argue against allowing maps that show their locations to be online. The mere fact that something might have some use to a terrorist hardly seems to justify such action.

Someone might be thinking that because of my view, I would argue that everything about such sites should be publicly available. That, for example, detailed interior maps and the security plans of nuclear plants should be put online.

I do not think that at all-because that would be stupid. That is the sort of information that would be very useful to the wrong sort of people. Also, there is a distinction between what the photos show and this other information. The photos just show the exterior of the plants. They show what a person could see who walked /drove by them or was in a commercial flight that went nearby. In other words, the photos show what is publicly available. They do not show what is hidden from the public eye. This is an important distinction. As such, I do not think that blurring is necessary or even reasonable at this point.