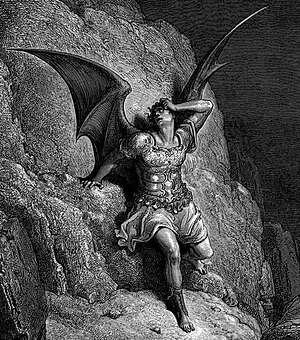 While I am a philosopher, I am also (obviously enough) a person. While it is tempting to look at philosophical problems from a purely abstract vantage point (that of the academic philosopher) it also seems important to look at them as a person.

One problem I have thought about for quite some time is the question of why I should be good. Of course, this does raise the quetsion of what sort of good I should be. But, I’ll set that aside for now and just pretend that I know what good is so I can focus on why I should (or should not) be good.

Of course, this motivation does not really move me. After all, if I accept that I am just good to avoid being punished, then I am motived by fear and that strikes me as a weakness. I would be acting from the motivation of a potential victim and as a pragmatic coward. I would, as Aristotle might say, be ruled by the fear of pain. Staying on the path because I fear that others will whip me like a errant donkey hardly seems like a noble and proper life for a human being. As such, I need a better motivation. Also, honesty compels me to admit that this is also a matter of pride.

I’ve never really tried being truly evil. Really. Of course, if I had, I certainly would not be such a fool as to admit it. But, I have had moral failings. I’ve also done good things. Based on these experiences, I am inclined to agree with Aristotle and Plato: being good is like being healthy-you feel better because you are better. Being bad is like being sick: you feel bad because you are bad. Some of this might be psychological and social conditioning. However, it all cannot be-for in some cases my moral views lead me against what I have been conditioned to accept.

Of course, someone might say that being good because it makes me healthy is just being pragmatic. In a way, that is  a fair charge. The same charge could be leveled against me in regards to physical health: I exercise and try to otherwise take care of myself because doing so makes me fit and healthy. That seems sensible and right. After all, I am choosing what is objectively better for me for the sake of being better. I am choosing what is right because it is right. Or so I hope.

So, what about people who are evil? If they do so because they give in to temptation, then they have not really made a moral choice. They have simply been lured off the path by their weakness. But what about someone who knowingly walks off the path, choosing to be evil? Clearly, they would have made a bad choice (by definition). But, they would be making a choice  and perhaps acting in a way more proper to a human than those who just follow the path out of fear of the whips. These people might be among the most dangerous people of all-they would be hard to deter with punishments or lure with temptations.

But, a clever person might say, do not the people who stay on the path because of the whippings or leave the path due to temptations also make choices? On one hand, the obvious answer is that they do: they chose to be ruled by weakness (cowardice or lust, for example). On the other hand, it could be argued that they are not choosing. Rather, they are being ruled by their weaknesses-it is their fear or desires that drive them on or off the path; not an act of conscious will.

I’m not saying anything original here-just hashing through this problem.

One of the fundamental questions in ethics is “why be good?” This question certainly seems to assume that people need a reason to be good. This would seem to entail that people would prefer not being good. For the most part, philosophers have accepted this assumption and have attempted to give people a reason to be good rather than bad.

External motivations are, of course, motivations that come from outside the person. The most common of these is the practical answer to the question: be good to avoid being punished. This sort of answer is commonly given in a religious context: people should be good so as to avoid divine punishment (such as hell) and to receive a divine reward (such as heaven). Naturally enough, this motivation need not rest on the divine. After all, people can punish each other.

On the plus side, this answer provides a clear motivation to people. After all, people prefer to avoid being harmed and generally like being rewarded.

On the downside, if someone can (or believes they can) avoid the punishment, then this would not motivate them. Also, if the motivation is based on a religious view, those who do not share that view will not be motivated by this divine threat.

A concern about this motivation is that it is not a moral motivation. Rather, it is a purely pragmatic motivation. It is not based on a commitment to do good but rather a commitment to avoid harm and reap rewards. As such, a person who behaves ethically because of this would seem to be a pragmatic person rather than a good person. After all, if doing evil would enable him to reap rewards and avoid punishment, then he would do evil deeds. This applies, of course, even in the religious context.

The second camp consists of internal motivations to be good. The usual answer given by philosophers is that doing good will make a person happy. Of course, it might be pointed out that this reason to be good also seems to be self-serving: if a person is good so as to be happy, then her motivation is to be happy. Presumably if being evil made her happier, then she would embrace evil.

The standard counter to this is that happiness depends on being good. For example, Aristotle argued that to be truly happy a person would need to be virtuous.