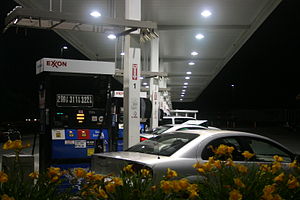 This sort of behavior is hardly surprising. After all, our American politicians do the same sort of thing; namely milk their offices for personal advantages. Of course, here in the States we tend to see politicians being given gifts by lobbyists or piling up the pork. But, the idea is the same: to use public office for private gain.

One reason why politicians do this sort of thing is that, as Glaucon says in the Republic of Plato, all organisms have a desire for undue gain. In other words, living things want more than their due. While there are some notable exceptions among people, this seems to be a behavioral fact. Thomas Hobbes also made note of this tendency in his works.

Another reason that politicians do this is that they can. After all, they often get to make the laws and rules that regulate their own activities and it is the truly rare person who can be trusted to justly and fairly regulate himself. After all, if someone needs to be regulated, it hardly seems reasonable to expect self-regulation to work. Without and external check, it becomes all too easy to slide into bad behavior. This is why Socrates argued that the rulers should welcome those who criticize and keep and eye on them. This, of course, assumes that politicians should want to do what is best, rather than what they think is best for themselves. Interestingly enough, no laws seem to have been broken in the case at hand. While having the state pay for a politician‘s pornography hardly seems right or reasonable, it seems that all the proper procedures were followed.

A third reason we see politicians doing this sort of thing is that politics tends to attract the sort of people inclined to such behavior. After all, to go through all the trouble and expense of running for office, a person has to be fairly motivated (and wealthy enough to afford it). While some people might be motivated by noble reasons, the more common motivation seems to be for gain. As such, once such folks get into office it is hardly surprising that they would try to use their positions for their own advantage.

So, what can and should be done about this sort of thing? One unreasonable solution is that people could try to elect honest and incorruptible people into office. Obviously, this option has no plausibility.  A more reasonable solution is to put safeguards between politicians and the money. For example, a process of outside review could help as could setting clear limits defining what can be reimbursed. Naturally, an important part of this process is taking the decisions out of the hands of the people who stand to gain from it.