The world didn’t end, so I will wish you a Merry Christmas!

I hope everyone is with the people they love and that the day is filled with peace and joy. For those that do not celebrate Christmas, peace and joy to you as well.

Today is Valentine’s Day, a day forged in the minds of purveyors of cards, candy, jewelry, flowers and body lubes. Aside from the cheaper candy available after the holiday, I’ve never been a big fan of the event. When I have been single, it simply drew attention to the fact that I was single. Most of the time, however, the event means that I have to spend money on consumables (which is okay-I am pro-chocolate) on perishables (flowers) and the soon-to-be-tossed (cards). Even worse, the gods of the holiday have set a bar of romantic awesomeness that no mere mortal can meet. The fact that the day shifts throughout the week also makes it challenging. After all, who has the time and energy to be all romantic and such on a Monday or Wednesday. They should just fix the day on a Saturday-say, the second Saturday of February.

But now, to what is supposed to be the main point of the blog. As most folks know, Chris Lee is no longer a representative thanks to his attempts to have an affair. Interestingly, he tried to do this via Craig’s List and sent a prospective date a photo of himself sans shirt. More awesomely, he did it in what is now an iconic way: he took the picture using his phone camera and a bathroom (I assume) mirror. If this style does not yet have a  name, I might suggest “mirror shot” or maybe it should be named after him: “Lee shot.”

After a little research, I found that this sort of thing is not uncommon-men apparently send women such photos and post them on dating sites. Rumor has it that this is most common with older men, which leads me to worry that it might something that can arise from the midlife crisis. Since I am over 40, have a cell phone with a camera and my bathroom has a mirror, I am a bit worried I might find myself taking such a photo. Maybe I should get rid of my phone or take down the mirror. Or maybe…crap, I just went and took a picture and emailed a copy to my girlfriend. Well, at least I didn’t put it up on Craig’s List.

I’m not sure why men, especially a fellow like Lee, would think that such photos are a good idea. Of course, Lee showed rather bad judgment (“Hey, I’ll have an affair and I’ll get it going with a Craig’s List ad…what could go wrong?”) across the board. However, I still wonder why a dude would do a Lee shot.

The best explanations I can come up with (other than bad judgment) are that such men think that they look far better than they actually do or that they think that women will be overcome with lust when they see a Lee shot. Or both, of course.

While I am no expert on female psychology, I suspect that most woman would not be turned on by a shirtless bathroom mirror self portrait. Then again, maybe I missed out on a surefire way of getting chicks when I was single. I must admit that there are a lot of photos of me shirtless on the web. However, I’m actually competing in races so it isn’t creepy. Well, not very creepy. In fact, I would say that I am tastefully shirtless.

However, as I man I would like to request that other men stop doing Lee Shots. You are making us look bad. Well, worse. 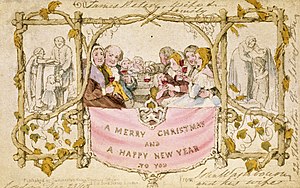 If you don’t celebrate Christmas, then Merry Christmas anyway. 🙂