This blog concludes my discussion of Rosin’s essay “The End of Men.”
Rosin continues by noting that the shift is not just a matter of women dominating 13 of the 15 fastest growing job fields. As she points out, women are starting to dominate the realms of middle management and the professional fields.  Women still lag behind men in engineering and the sciences.
Rosin explains this by indicating that women are better educated, brighter, more conscientious and more stable than men.  These claims are, of course, factual claims. Women are currently dominating higher education, which gives them a clear advantage over men. It might also be true that women are better than men in these areas. If so, this would help explain the current plight of men and the excellent situation of women.
However, it is well worth considering this current situation in the light of the past. When men where dominant, it was often argued by feminists that this dominance was unjust and not a “natural dominance” based on on superior abilities. Crudely put, it was often argued that the patriarchy was unfairly excluding women and using various unfair means to keep men in dominant positions. Of course, men tended to argue that they held their dominant positions because of being superior in relevant ways. In short, the situation seems to have been exactly reversed: now that woman are dominate or expanding, this is explained (mostly by women) in terms of the superiority of women. It will be interesting to see if a movement comparable to feminism will arise in any significant way to argue against this alleged superiority. In any case, one would imagine that such critics will point to affirmative action programs and other means that have provided special support to women in education, sports, and business. As such, it seems that a case could be assembled that women have taken advantage of a system that works quite well in their favor-just as men did before them.
Rosin next presents a common lament: while woman are dominating higher education and moving ahead of men economically, these is still a male bastion that remains: the top of the job pyramid. It is interesting that female dominance in an area is often lauded as a good thing, while male dominance is still cast as a problem that remains to be fixed (presumably by female dominance).
Rosin concludes by considering the changing nature of leadership-or at least the changing perception of leadership. Tied into this is, naturally enough, the nature (or alleged nature) of each sex. Interestingly enough, female leadership is cast in terms that are stereotypically female: empathy, sensitivity, communication and so on. The difference is, of course, that these stereotypical traits are now presented as those that leaders should have. The traditional male qualities and leadership styles are, not surprisingly, generally cast as being negative in character. For example, much has been made of the role of men in the economic collapse.
Rosin does not, of course, explore these matters in depth. However, there are many important issues here that are well worth considering. One is whether men and women do, in fact, have distinct qualities. For example, are women actually more empathetic and better at communication? A second is whether such sex based qualities are better or worse in terms of leadership and job success. Right now, women seem to be doing better than men. But, the cause of this needs to be analyzed more. While some are tempted to attribute this to the qualities of women, it is wise to consider the feminist arguments of the past: greater success need not be the result of better qualities-it might be due to other factors, such as unfair advantages or external circumstances. Looking back, some thinkers wrote with great confidence about the superiority of men over women and saw no injustice in this. However, these views were later subject to criticism. Now, it seems to the turn for women-they get to write with confidence about the superiority of women and see no injustice in the disparity. 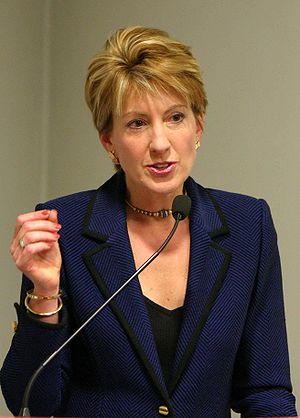