When the survivors of the Parkland school shooting became outspoken against gun violence, conspiracy theorists (and possibly Russians) launched the theory that they were crisis actors. In this context, a crisis actor is someone who pretends to be a victim of a crisis and does so in service to some secret power (such as the government, the liberal elites, or the Democrats). The crisis actor is, by their appeals to pity, supposed to help advance the secret agenda of their secret masters, such as destroying the Second Amendment and taking guns.

When sorting out the matter of crisis actors, the same methodology used to address false flags should be applied: when writing about miracles, Hume contends that the certainty one places on the truth of any matter of fact should be proportional to the strength of the evidence. As such, the key question is where the weight of the evidence lies: for or against crisis actors. Naturally, each case needs to be considered on its own, but a general consideration is obviously possible.

When people allege that someone is a crisis actor, the usual evidence offered is photographic: the alleged crisis actor has appeared at the scene of multiple crises. As a method, this is certainly credible: if it can be shown that the same people keep appearing in widespread crises, then it would be quite reasonable to be suspicious of their involvement. However, the first step is to establish that the people are, in fact, the same people. Conspiracy theorists will usually find photographs that seem to support their claim: what appear to be photos of the same person at different crises. However, the photos tend to be relatively low-quality pictures of people with faces distorted by emotion and similar hairstyles. As such, the people in the images can look alike without being the same person. There is also the fact that resemblances between people are not uncommon, especially when the images are of people in the same age range. Snopes has done an analysis of one such case, nicely debunking the claim that the same woman is in all the photos. In the case of the Parkland students, it was claimed that David Hogg was a crisis actor because he appeared on the news in California. The conspiracy theory is that Hogg was pretending to be a high school student in California and is now pretending to be a Florida high school student. The problem with this narrative is that a person can, obviously enough, travel and be filmed or photographed in those places. Hogg really was in California, but not pretending to be a student. There are no doubt photos of most people in different places; this hardly proves they are pretenders—it merely shows they have probably been different places.

While investigating individual claims are important, it is also possible to due a general assessment of the likelihood of crisis actors. To use the example of David Hogg, he would have needed to establish a fake identity at Parkland. This would require that the other students, the teachers, the people in the community who allegedly knew him, and so on would all need to be active participants in the conspiracy. After all, if he was an actor, his cover would easily be pierced by a little investigation in the area—unless, of course, everyone was in on the conspiracy. Applying Hume’s principle, the issue is whether it is more likely that Hogg is a real student who survived a real shooting or that he is an actor and the entire town is in on the conspiracy. The simpler and more plausible explanation is, obviously enough, that David Hogg is a real student. The same sort of reasoning can be applied to other cases involving alleged crisis actors. 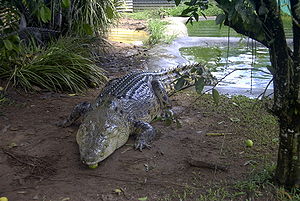