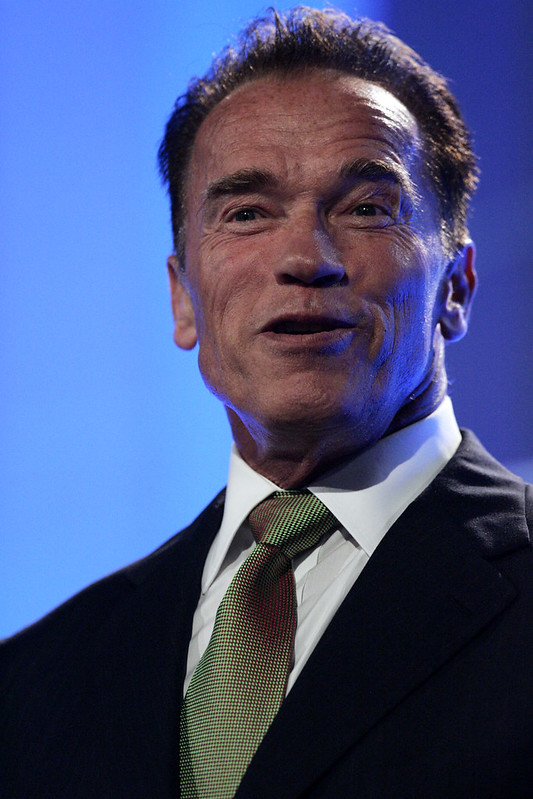 When I first saw Unforgiven, I was struck by the scene in which Clint Eastwood is seeing how well he can still shoot. After missing repeatedly, he switches to a shotgun. Since I was relatively young at the time, I could understand the scene—but I could not properly relate to it.

Arnold Schwarzenegger’s film Last Stand recently made it to Amazon Prime and to my TV. For those not familiar with it, it is standard Arnold action film in most ways: a somewhat implausible plot, plenty of violence, and a hand-to-hand battle between Arnold and the bad guy. What was somewhat more interesting about the film is that Arnold’s age played a role in the film. While he still acted the part of an action hero (shooting, leaping through windows and fighting), he faced the challenges of age: jumping through doors hurt more, falling from a roof required more recovery time, and the running man was not quite as fast. In the final confrontation with the bad guy, the villain makes the point that Arnold is old. Arnold still beats him (of course), but it is quite a battle. What is perhaps most interesting is that the villain is a fairly average sized guy—not the usual large-sized (or Arnold-sized) villain of old. This might be an accidental matter but it might be intentional acknowledgement that Arnold cannot plausibly beat down a young person of Arnold-size and physique.

While I am younger than Arnold (he is 66 and I am 47), I do feel the impacts of aging on my action hero ways. Like Arnold, my fast running man days are behind me. A few years ago I started playing the mental game of comparing my 5K race pace per mile with my previous races. At first, it was not too bad: I could run a 5K at my old 12K pace. Then it was at my old 15K pace…then my 10 mile pace…and finally my marathon pace (I used to run a 2:45 marathon). At that point, I full realized the truth that time is cruel.

While I no longer compete in Tae Kwon Do, I noticed that my speed is less and my jump kicks have much less jump. Plus, my flexibility is…gone. Not that it was great to begin with. My pain tolerance is even better though, perhaps because of so much accumulated damage from running and martial arts.

Like Arnold, I am still trying to be an action hero. I do my regular workouts—although gravity seems to have increased over the years. I also still go up against the young folks (and old folks) at the races. Like Arnold, I can still compete with the young folks…at least to a degree. Just as Arnold’s foe was not exactly of the sort he used to defeat, I face a similar fate: I can still place in the top ten or even win…provided that enough of the top young guys decide to sleep in on Saturday. Unlike Arnold, I have to earn my victories—I do not have a writer to ensure that I win in the end, despite taking a beating. Some days I just get the beating.

Now that I am…older…I can relate to these aging action heroes. I can understand why they want to keep doing action films—no doubt for some of the same reasons I keep running races against the young folks. One reason is a matter of habit—it is what I am. Another reason is that I can still compete—or I think I can. I have, of course, changed my objectives. Back in the day, I was there to do my best and win. Now I am there to do my best and…try to win. Eventually, I’ll be there to do my best…and not bring shame to my ancestors. Fortunately, running in races is something that I will be able to do “legitimately” until I can no longer move. After all, there is no point at which it become inappropriate or silly to show up to a race.

But perhaps action movies are another matter. On the one hand, the action genre is mostly for young folks—the star has to seem plausible pulling off the action (even if it is all done by stunt people). Since people do lose ability as they age, at a certain point an aging action star will simply lack the ability to plausibly play certain roles. They will, sadly, just be too old to leap through doors and to survive plummeting off a cliff while choking a bad guy. At a certain point, seeing an old man in extreme action scenes will go from heroic to absurd. Which is both sad and too bad.

On the other hand, there does seem to be room in the action genre for aging action heroes, provided that the action is plausible for the hero’s age. For example, Unforgiven worked quite well. An aging action hero can still be a hero and still engage in action, but the challenge is to make the action match the age. This still allows a fair amount of exaggeration-after all, even young action heroes do things in the movies that they could not really do.

I am not going to say that Sylvester Stallone should stop doing action movies. At least not yet.