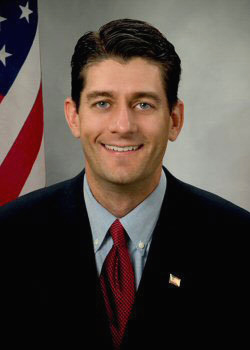 As I have noted in other posts, both the Democrats and the Republicans seem to be somewhat truth averse. Or, at the very least, willing to take a flexible approach to matters of fact. A quick look at Politifacts shows this to be the case.

While some non-truths can be attributed to honest errors or ignorance (especially ones that occur in spontaneous or otherwise unprepared remarks), this surely cannot be the explanation for all cases. Unless, of course, politicians are to be attributed sweeping incompetence and broad ignorance.

In some cases, politicians no doubt fall victims to their own narratives and cognitive biases and they no doubt feel that what they are saying is true, even when it is not. While this is still a problem, it can be somewhat forgiven on the grounds that these biases are difficult to counter, we are all subject to them and they are typically not intentional deceits (unless the person is also intentionally deceiving himself/herself).

In other cases, the politicians are no doubt aware that they are saying things that are not true and they are doing so with an intent to mislead. That is, they are lying. As noted in an earlier post, Paul Ryan’s speech contained numerous untruths and distortions. Not surprisingly, some of his fellow Republicans came to his defense and said that what mattered were his broader points and larger message.

On the one hand, they do make a reasonable general point: when considering a matter it is rather critical to sort out what is important and what is a minor point. After all, pointing out errors or defects in some of the minor points need not show that the whole is defective in significant ways. For example, if Ryan had said that Obama had cut $771 million from a program and he had actually cut $717 million, then pointing out this error would hardly show that Ryan’s overall narrative was flawed.

On the other hand, Ryan’s overall narrative seemed to be supported by critical claims that were untrue or distortions. That is, his evidence for his main claim turned out to be mostly defective. While this does not prove that his main claim is not true, it does show that his defective evidence should not be accepted as evidence for his claims. Obviously enough, if Obama is as bad as Ryan claims, then he should have been able to present true and un-distorted evidence for his view. After all, why lie and bend the truth if the facts would suffice?

One possibility is that the facts would not suffice-that is, in reality Obama is not as bad as Ryan claims. In short, Ryan needed to support his straw man and alternative reality with fictional “evidence.” This, obviously, is rather unethical.

Another possibility is that Ryan and other politicians are [email protected] with us. That is, they think that they have no real need to tell the truth, that they can spin a narrative with impunity and that there is nothing the critics can do about it. This might well be the case. After all, I infer that Ryan knows that he was making false and misleading claims (the alternative is that he is willfully ignorant or detached from reality) yet he does not seem to think it matters. He might be right. After all, many folks in the Republican party defended him, essentially saying that the facts do not matter, just the narrative (which they, oddly enough, claim is true). Other folks just accept what he says and if questioned attribute the criticism to the biased media. As such, he can just lie to these people and not worry about any consequences. The Democrats who reject the narrative are note going to vote for Ryan and Romney so he probably does not care what they think.  In fact, it might be sort of funny to lie blatantly and get away with it just because he can. As far as the independents go, perhaps he figures that they will not bother to check the facts, they will just forget about the deceit when the election arrives or that they will not care.

As might be imagined, this sort of lying and distortion bothers me. First, there are the ethical concerns about lying. Second, there is the damage it does to the democratic process. Third, there is the practical concern: if Paul Ryan will lie about matters that can easily be checked, how can he be trusted as vice president?

When the DNC rolls around, I will be critical of their lies and distortions as well.