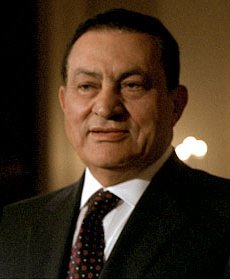 As Egypt suffers through its latest time of turmoil, the United States faces a challenging dilemma. On one horn, there is the choice to stay mainly on the side of the current government. Given that Mubarak has been a consistent ally and opposed to radical Islamic groups, this option has significant appeal. If the current regime holds the day, then staying clearly on that side would cement the alliance even more. On the downside, backing a restrictive regime against a popular uprising is somewhat inconsistent with the values America professes and is not without the obvious risks.

On the other horn, there is the choice to push against the current regime in favor of the opposition. On the positive side, this could allow the United States to be on good terms with whoever replaces Mubarak’s regime (assuming it falls). On the minus side, this would be harmful to our relationship with Mubarak (assuming he wins) and could also backfire on the United States. To be specific, not supporting Mubarak could contribute to his fall and the winners that emerge might not have any real gratitude.

Between the horns is what seems to be the safer course-say vague things about our ally Mubarak and vague pleasantries about the “will of the people” and “democracy.” On the plus side, this commits us to none of the sides and thus avoids much of the impact of backing the wrong horse. On the minus side, such non-commitment means that the winners will not owe us and we will also have less impact out the outcome

What, then, should we do?