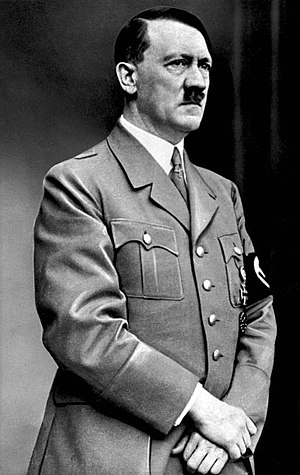 Since we are now in an era of New Civility (if by “era” we mean “a few days, maybe a month at tops”) I thought it would be fitting to address a critical dilemma.

On the one horn, the New Civility requires that we not act as volcanoes of hate. On the other horn, there are always infinitely compelling reasons to compare other people to Hitler. Steering through these horns, it seems possible to be able to nail that bull right between the eyes. The modest proposal that I am making is that comparisons to Hitler must be resolved in a civil manner and what, I asked myself, could be more civil than a game?

So as not to strain the brains of anyone, I have elected to create a simple game that I call “Hitler: ja oder nein?” In English, this is “Hitler: yes or no?” To start a game of HJON you first make a comparison between Hitler and some person. Next, you assert whether the comparison fits (ja) or does not hold (nein). If you want, you can signal a strong commitment or confidence with “!”. If you are not quite sure or are just weakly committed, use a “?”. For example “ja!” or, as another example, “nein?” In the third step, other folks make their reply to your initial ja oder nein. Be sure to keep it civil, of course.

The game continues until the players decide that they are tired of talking about people being like Hitler.

To start a new game, post a new person with your ja oder nein and get it rolling.