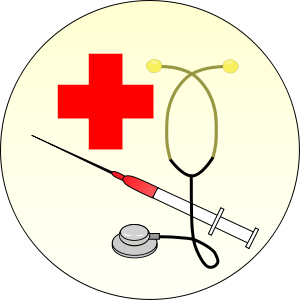 Now that the Republicans control the House, they are working to repeal health care. Of course, this would seem to be a futile endeavor: the Democrats still control the senate and the White House. As such, attempts to repeal it would seem to be political theater or perhaps a matter of principle. Or something else.

The Republicans who want to repeal the law often claim that they have a mandate to repeal the law because they were elected to do so. This, of course, assumes that the voters who voted for them were motivated primarily by this factor rather than some other factor.  Presumably, this justification is itself grounded in the idea that the congress should do the will of the people.

However, the will of the people is a difficult thing to determine. One obvious concern is that polls are subject to manipulation in terms of the sort of questions asked, how the data is interpreted (is, for example, being against a part of the law counted as being against the law as whole or not). As such, it is hardly surprising that while most polls show that more Americans are for keeping the law than are for repealing it, others are taken as showing that a majority is for repealing the law.

When sorting out such polls, it is important to consider the nature of the questions (the wording, the order, as well as the available answer choices). After all, these have a considerable impact on the results that a survey will yield. It is also important to examine how the data is being interpreted. After all, the same data can be interpreted in ways that support very different conclusions.

I do agree that there are legitimate grounds to criticize the law and that it will, at the very least, need tweaks and probably some major overhauls. Sorting out what things need to be modified, which need to be jettisoned and which should be kept would require rational evaluation based on facts. Unfortunately, the Republicans have been engaged in what might be described as willful untruths regarding this matter. The most famous untruth was, of course, Palin’s Death Panel claim. Somewhat less famous but also inaccurate are claims that the law is “job killing.”

As I see it, if the health care law is actually bad enough to justify repealing, then there would be no need to misrepresent it or make claims about it that are not accurate. After all, if the facts suffice, why lie and distort? Naturally, the fact that certain Republicans are making such claims does not prove that the law is good or that it should remain. However, it is reasonable to challenge the Republicans to provide reasonable and fact-based criticisms. If it is as bad as they claim, they should have plenty of material to use. If they are forced to fabricate and exaggerate, one might suspect that they do not have a valid case at all.