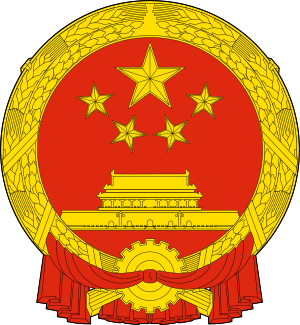 As most folks know, China and the United States are economically linked. The Chinese own many of our debts and we sell a lot of stuff to each other. We also have other strong ties involving our cultures and our educational systems. While our professed ideologies are different, we do share many common political goals. For example, we are both interested in a stable world with ongoing economic growth.

One major difference between the United States and China is, of course, in the area of freedom. While Americans do face challenges to their liberties, Chinese officials strive to ensure that their citizens hold what they regard as correct views. To this end, Chinese officials employ wide ranging censorship and other classic tactics of oppressive states. This is, of course, fundamentally different from the United States.

That the Chinese officials use such tactics is understandable.  First, this approach seems to be inherent to the “Marxist” approach to government.  Of course, “Marxist” has consistently just been another name for dictatorship. Second, the current Chinese government arose out of a chaotic situation and this probably had a lasting impact on Chinese ideology. Think of, for example, the impact that the English Civil War had on Hobbes’ political philosophy: chaos is to be avoided at all costs and this can only be done by a very strong state. Third, the leadership is probably worried that it would not be able to maintain its power without such means and hence they are doing what they think is required to do what is so dear to all politicians: stay in power.

Not surprisingly, the matter of freedom is a point of contention between the United States and China. While the United States has been quite willing to cozy up with the worst tyrants we rather like thinking of ourselves as the good guys who love freedom, liberty and justice for all. Provided, of course, that these things match our “national interest” at the moment.

It is tempting to cut China the same sort of slack that we cut (and are cutting) other countries that are not very nice but still quite useful to us. After all, we need them to buy more of our debt so we can keep burning billions on defense (in part to protect us from the Chinese). We also need them to sell us cheap stuff so we can continue to live the lifestyles we like. We also want them to buy our stuff so we can get our economy spinning up again.

However, a strong case can be made for pushing China on this and other moral issues. After all, if we profess to be the land of the free and we take that talk of liberty and justice seriously, then we have to live up to those words. Otherwise we are just making righteous squeaks.

Fortunately, pushing for more freedom and justice in China is also to our advantage and even to the advantage of China (though probably not to the ruling class).

More freedom in China would provide us with more opportunity to influence the Chinese people and, to be honest, infect them with our culture. While democracies are not always best friends, a more democratic China would probably be more inclined to act in ways that would coincide with American interests.

The Chinese people would also benefit. First, there would be the obvious benefits of not being subject to a rather oppressive state. Second, increased freedom tends to lead to economic, cultural, academic, scientific and technological improvements. It is no accident that free societies dominate such areas and that free societies tend to be fairly prosperous.

Of course, the current ruling class would put itself at risk by allowing such freedom and it seems unlikely that they are willing to allow the People’s Republic to really be a people’s republic. Then again, our own system shows that a ruling class can stay in power even within a relatively free society.