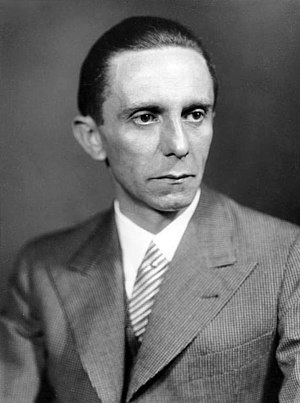 In the wake of the bloodshed in Arizona, many pundits and politicians decided to tone down their rhetoric and ring in a new era of civility. Members of congress, out of respect for Giffords, also made a point of calling for civility. This, not surprisingly, did not last very long.

Interestingly, the first return to the old way was taken by Democrat Steve Cohen and what an epic return it was. He was clearly not content to be merely a bit uncivil or a bit harsh. No, he went right for the Nazi comparison. By itself, that would have been a rather impressive return to incivility. But Cohen clearly wanted to make the first shot really count. He kicked it up another notch by taking a shot at Sarah Palin (or so I suspect) by tossing in a reference to blood libel. Then it brought it into the stratosphere with a Holocaust reference:

“They say it’s a government takeover of health care, a big lie just like Goebbels. You say it enough, you repeat the lie, you repeat the lie, and eventually, people believe it. Like blood libel. That’s the same kind of thing, blood libel. That’s the same kind of thing…The Germans said enough about the Jews and people believed it –believed it and you have the Holocaust.”

While rhetorical comparisons and hyperbole have a role in the political game, Cohens has acted wrongly. First, he seems to have lead the way back towards the old incivility. While I knew this was just a matter of time, I had hoped that the folks in congress would at least  have enough decency to wait until Giffords was out of the hospital before getting back into the old ways. I must admit that I did not think that the first move would include Nazis, Goebbels, blood libel and the Holocaust.

Second, his comparisons are extreme in their hyperbole and have no plausibilty. Even if the Republicans are misrepresenting the facts, they are clearly not comparable to Nazis. Even if they are lying, such alleged lies are not comparable to the blood libel. Also, even if the Republicans achieve their goal of repealing health care, this will not be anything remotely like the Holocaust. The lack of similarities reveals that Cohen was employing poor reasoning skills (his analogies are flawed) and his needless and counterproductive  hyperbole shows that his rhetoric was also lacking.

Third,  there is the ethical concern about using references to the Holocaust in an attempt to score rhetorical points on a political issue that is, in fact, not comparable to the Holocaust. This sort of comparison is, to say the least, lacking in decency and shows considerable disrespect for those who were victims of that horror.