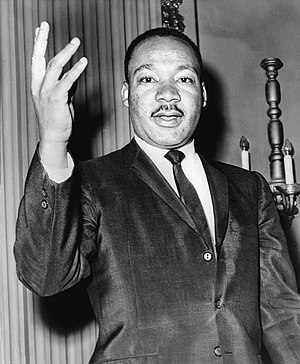 When reflecting on Dr. King’s day I generally use his “I Have a Dream” speech as a focus. In that speech Dr. King compares the situation of 1963  with that of 1863 and it seems proper to keep making comparisons between how things are now with how things were in the past.

King focuses on three primary problems: discrimination, segregation and poverty. While the situation in 2011 is clearly vastly better than in 1863 and significantly better than in 1963, there are clearly still problems that remain in these areas.

Although, as people like to point out, we have a black president discrimination is still a factor in American life. It is no longer legal, but persists in various ways. While it is unlikely that there will ever be a time when people are evaluated based solely on relevant qualities, this is still an ideal worth striving for.

Segregation is, oddly enough, still quite real. Interestingly enough the segregation that occurs today is not based on legal restrictions but is rather based on choice and economic factors. Choice occurs when people elect to self-segregate. The economic factors also tend to divide people by race, mainly because income still tends to divide along racial lines. Since neighborhoods tend to be divided on the basis of economic class and class and race still correlate to a significant degree, segregation still occurs.

Since the segregation is not based on laws, there is the serious question of what, if anything, should be done to address this. After all, if people segregate by choice, then there seems to be little grounds on which to justify forcing people to move so as to lower segregation. As far as the economic based segregation, attempts to push the rich and poor together or attempts to lessen income disparities would tend to met with great resistance. As such, it seems likely that segregation will endure now and even forever.

Poverty is still clearly a serious problem. After all, unemployment is still rather high and income is still correlated with race. Now that there is an overall economic problem it is harder to address specific economic inequalities. After all, the main focus seems to be on getting the economy on an upswing. Once the economy is doing better, attention might be turned to more specific sorts of inequalities.

As a final point, in these times of angry rhetoric we should consider Dr. King’s words: “We must forever conduct our struggle on the high plane of dignity and discipline. We must not allow our creative protest to degenerate into physical violence. Again and again we must rise to the majestic heights of meeting physical force with soul force.”