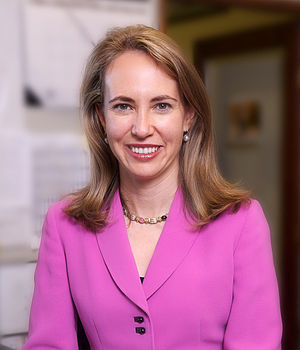 Whenever an act of terrible violence gets the attention of the media, questions are immediately raised as to how such an event could be prevented in the future. The horrible episode in Arizona is no exception to this.

Unlike the President, members of congress typically do not have regular security details assigned to protect them. As such, they tend to be as vulnerable as the rest of us ordinary citizens. Fortunately, this is generally not a major concern. After all, political violence is not the norm in America and politicians generally need not be any more worried than the rest of us. Obviously, some politicians (like the President) do get special protection because of their perceived importance and the likelihood that someone might make a go for them.

One of the main concerns this incident has raised is, of course, with security. In the light of this event, some are calling for better security and protection for members of congress.

On the one hand, this incident does seem to indicate a need for security. After all, a member of congress was shot in the head and other people were killed or wounded. While enhanced security probably would not have prevented the attack (it did not prevent the attack on Reagan) it would almost certainly have limited the extend of the bloodshed. As such, it would seem to make sense to provide members of congress with security.

Hearing about the people who were wounded and killed, especially the young girl, certainly makes one want to demand that something be done to prevent this sort of thing from happening again.

On the other hand, there are also good reasons to leave things more or less as they are in regards to security. One practical reason is the need to reduce federal spending. The Republicans in particular claim to be devoted to cutting spending and hence they should certainly be against spending more taxpayer money for security. Of course, there is the matter of whether the savings would be worth the possible cost. After all, not spending money on security would leave the members of congress and those who happen to be around them as vulnerable as ever.

Another practical reason is that the members of congress are public servants and are supposed to be accessible to the public. Stepping up security to levels that would make a significant difference would seem to significantly reduce this accessibility. While this does put the members of congress at risk, this is the sort of risk that anyone who deals with the public faces. For example, as  a professor I run the risk that some disgruntled or insane student will decide to kill me over some real or perceived slight (we even had a gun battle on campus a while back). However, this is part of the job.

A third practical (and perhaps heartlessly cynical) reason is utilitarian: given the cost and the probability of incidents its is not worth the cost to enhance security

While there have been political assassinations in America, political violence is relative uncommon in America. As such, it could be argued that the risk is so low as to not justify what it would cost to provide protection against various types of incidents. While this might seem harsh, most of us go through life without any special protection even though we are all at risk of some sort of violence. Naturally, if a specific threat is present then ordinary citizens can receive special protection. The same is true for members of congress.