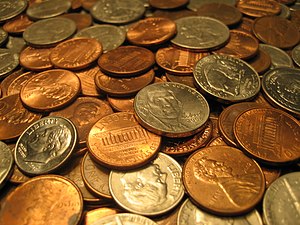 Some companies, like Amazon and Travelocity, are doing quite well making money via the internet. Not surprisingly, cash starved states are eager to get their “fair share” of this money. While most states do not require Amazon to collect local sales taxes, four of them have passed laws requiring Amazon to do just that. No doubt other states are looking at how this will turn out.

Montana has decided that it needs to get a slice of Travelocity and other such services. The justification for this is that these travel sites dodge the “bed tax”-a charge the state adds to the cost of a hotel room. Montana charges 8%, which is a decent slice of change.

While the lawyers and politicians will be hashing such matters out with the corporations, this does raise some interesting questions.

For those who believe that sales taxes and the “bed tax” are acceptable (that is, the state is morally entitled to a piece of the action in such cases), then extending these to companies like Amazon and the travel sites would seems reasonable enough. After all, one might argue, these companies should not get away with not paying simply because they are doing business via the web rather than in a physical business located in a specific state.

The sales tax idea does, I suppose, seem to be acceptable. Of course, this cannot be based on the state being entitled to a slice of whatever a resident buys-then states would be entitled to collect taxes on purchases residents make when in other states. It most likely must be based on the notion that the purchase is made in a specific state (albeit using a computer) and the transaction is completed by delivery of the item in the state in question.

I am not a big fan of sales taxes-after all, I get taxed on what I earn and then I get taxed on what I spend. If I save it, I get taxed on that as well. Of course, going into the ethics of taxes would go beyond the scope of this specific blog, but one might wonder why the state is entitled to a slice of each transaction. Perhaps the most plausible reason would be if the sales tax where used to provide needed state services that relate to business, the consumer or the product (like having a tax on tobacco to raise money to treat illnesses caused by tobacco).

As far as the bed tax goes, it does seem a bit of a stretch to extend this tax to travel sites. After all, the tax is paid on the room and the travel sites do not provide the room-they provide a matching service. As such, the tax seems to be unjustified.