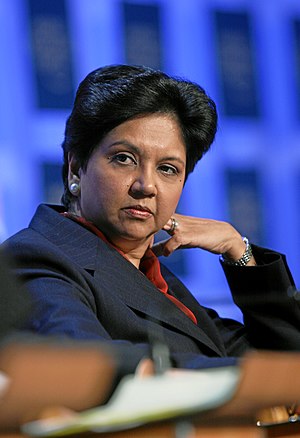 Philosophers are often accused of saying odd things and reveling in the absurd. As Cicero said, “There is no opinion so absurd that some philosopher will not express it.” However, we are getting rather stiff competition from the corporations.

Most recently, Pepsico entered the competition with the following assertion: “We see the emerging opportunity to ‘snackify’ beverages and ‘drinkify’ snacks as the next frontier in food and beverage convenience.”

When I first learned of this plan, I assumed it was some sort of comedic parody mocking Pepsico. However, reality proves to be more comedic than comedy.

Not wishing to be unduly negative, I did consider the potential aspects of this blending between two once distinct states of food. Perhaps this would be more like the creation of the Peanut Butter Cup: two great tastes that go great together as they jack up your blood sugar. After all, I am pro-snack and also a firm supporter of beverages.

Then I thought about it a bit more.

As a longtime gamer and fantasy/sci-fi buff, I know that mixing species pretty much always creates some sort of monster. While some of these are fairly benign (satyrs and Pegasus) others are suitable only for killing and looting (manticores, minotaurs, and chimera). I suspect that a snackified beverage would be the sort of thing that would burble and meep in the deep bowels of a dark dungeon, waiting to digest the unwary. I’d be inclined to classify such a thing as an ooze. Drinkified snacks would probably be similar, but no doubt more pissed off.

Reflecting on this, I realized people would think I was being nerdtastic. As always, my care meter registered a zero in regards to this concern.

First, such talk is just corporate-speak. What it seems to be talking about is stuff that already exists, but is not referred to in such ludicrous phrases. For example, a milkshake is something you can eat and also drink. It is not snackified or drinkified. It is a milkshake. As another example, you can drink pudding or yogurt if you really want to do it that way. As a general rule, if you can suck it up in a cohesive mass through a straw, you are drinking that stuff. I’ll stick with a spoon, though.  As a runner, I would be remiss not to mention Gu. Oh yeah, I should also mention soup and stew-the original drinkified snacks or snackified drinks.

Second, saying such things probably makes language curl up in a ball and cry. People who say such things should add not doing that anymore to their list of New Year’s resolutions. Seriously.

in closing, I can think of many ways the terms can be misused in humorous (or just crude ways). For example, people might consider saying “snackify me/it” in place of “bite me” or “suck it.” I plan on saying “I snackified my snacks” as often as possible.