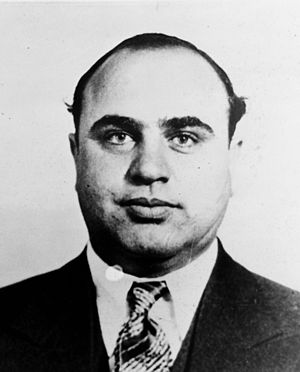 Like most people, I often argue by giving examples. Also not surprisingly, people often take issue with my examples. As such, I thought it would be useful to say a bit about arguing by using examples.

Not surprisingly, an argument by example is an argument in which a claim is supported by providing examples.

Strictly presented, this sort of argument will have at least one premise and a conclusion. Each premise is used to support the conclusion by providing an example. The general idea is that the weight of the examples establishes the claim in question.

Although people generally present arguments by example in a fairly informal manner, they have the following logical form:

In this case n is a variable standing for the number of the premise in question and P is a variable standing for the claim under consideration. Naturally, people generally do not lay out the premises and the conclusion so formally. Rather, they will say things like “Obama is a socialist. For example, he supported socialized medicine. He also supports other social programs like Social Security.”

So, that is how to build the argument. What tends to concern people the most is how to attack them.

The strength of an analogical argument depends on four factors First, the more examples, the stronger the argument. After all, if you are trying to make a case by weight of example, the more weight the better.

Second, the more relevant the examples, the stronger the argument. Examples that really do not fit or just weakly fit do not provide much in the way of support.

Third, the examples must be specific and clearly identified. Vague and unidentified examples do not provide much in the way of support.

When assessing (or attacking) an argument by example it is important to note that attacks on them generally tend to just weaken them rather than conclusively refute them.  For example, if an example used to support the conclusion is show to actually not be relevant, then the argument only loses the support of that conclusion. If the other examples remain “unharmed”, then the conclusion would still be supported by them. To use an analogy, refuting an argument by example is a bit like trying to take out a building-removing one support will generally not make it collapse. Also, as with structures, some supports are more important than others.

It is also important to keep in mind that showing that an example is flawed or mistaken does not show that the conclusion the example was used to support is false. To use a silly example, suppose that someone claimed that Al Capone was criminal and one of the examples used was that Al Capone rustled camels and sold them as dog food. Pointing out that this example has no basis in fact would not, obviously enough, prove that Al Capone was not a criminal.

One should also be aware that examples are often used in conjunction with other arguments. A person might, for example, present a causal argument linking tax increases and job losses and then provide various examples. Merely attacking the examples does not (in general) harm the other argument. After all, while having a bad example or two to illustrate an argument can have a significant psychological impact, it need not have any logical impact on the actual argument. Obviously, having bad examples in an argument by example would be bad for that argument.