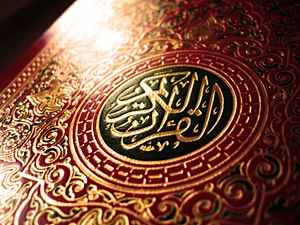 9/11 marks the anniversary of the most destructive terrorist attack on America.  While this date is often marked with solemn events in memory of the dead, a pastor in my adopted state of Florida (I’m from Maine) had planned to hold a Quaran burning on this day. Oddly enough, he has also claimed that only the radicals would be against burning the Quran.

Government and military officials in the United States had tried to encourage the pastor to cancel his event. The main reasons were that this action will harm America’s relationship with Muslims and that it will put American forces in danger. Of course, the officials do agree that the pastor had the right to take this action on the basis of the right to free expression.

Perhaps the two situations are analogous and both fall under a single principle: actions should not be taken that will damage relations and lead to increased violence. In the case of burning the Quran, this would certainly seem to damage relations with Muslims and also incite some Muslims to seek vengeance by attacking people (most likely those who have no significant connection to those burning the books). In the case of the mosque, its construction will damage relations between some Americans and Muslims and might well lead to violence against Muslims. As such, if the Quran should not be burned, then the mosque should not be built near ground zero (and vice versa).

Of course, accepting a principle that we should be, in effect, hostage to those who are willing to engage in violence in response to what they do not like does not seem very appealing (whether the violence is in response to a book burning or a mosque building).

However, perhaps the two situations are different in a key way that breaks the analogy. In both cases, people are (or will be) very angry. In both cases, people wish to act on the basis of established freedoms (religion in one case, expression in the other). However, there seems to be an important distinction between building a mosque and burning the Quran. To be specific, building the mosque does not seem to be intended as an insult against the victims of 9/11 (some of whom were Muslim). After all, the Pentagon has a non-denominational chapel (dedicated to those killed at the Pentagon and on the plane that hit it) where Muslims hold prayer services and this was never taken as an insult. As such, it seems odd to take the mosque as an intentional insult against those who feel insulted. In contrast, burning the Quran as part of a 9/11 event can really only be taken as an insult and an attack on the faith. It would also be especially insulting to the Muslims who were murdered in the attack.

It might be replied that the builders of the mosque secretly intend to insult those who are insulted by its construction. However, this claim would seem to be based on equally secret evidence. Obviously enough, the fact that some people feel insulted by it hardly counts as evidence for such an intention on the part of those who plan to build the mosque. Until evidence of such intent is forthcoming, it seems reasonable to accept that the builders did not intend to insult anyone.

Thus, there seems to be a possible relevant difference between the two situations. In the case of the mosque, those behind the project seem to have no intent to insult anyone and these seems to be no clearly defined victim of the alleged insult, other than those who see themselves as insulted. In the case of the book burning, that seems to involve a clear intent to attack the faith and it seems reasonable for people to consider such an action as an insult and an attack. This does not, however, mean that they would be justified in responding with violence.

To use another analogy, the mosque situation seems to be like a case in which someone is rationally talking about a subject that some might take issue with (such as arguing for or against same sex marriage) and the Quran burning situation seems to be like a white person repeatedly saying the N-word to African Americans. While both are covered by the freedom expression, it is unreasonable to take offense with the first situation but quite reasonable to take offense in the second. It also seems reasonable to think that people should not say racist things, even though they have the right to do so.

If this line of reasoning is plausible, then the mosque should be allowed while the Pastor should not engage in his book burning (despite having the right to do so). As such, it is good that he decided to cancel the event.