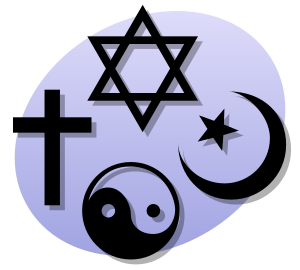 One rather interesting problem is determining who or what determines the true tenets of a belief system. While this is an important matter in many fields, it seems especially important in regards to religion. To use a current situation, there is considerable debate over the true nature of Islam.

While some people make this claim without grounding it in reasons, noted atheist Sam Harris makes a case for his view.  As he sees it:

The first thing that all honest students of Islam must admit is that it is not absolutely clear where members of al Qaeda, the Taliban, al-Shabab, Lashkar-e-Taiba, Hamas, and other Muslim terrorist groups have misconstrued their religious obligations. If they are “extremists” who have deformed an ancient faith into a death cult, they haven’t deformed it by much. When one reads the Koran and the hadith, and consults the opinions of Muslim jurists over the centuries, one discovers that killing apostates, treating women like livestock, and waging jihad—not merely as an inner, spiritual struggle but as holy war against infidels—are practices that are central to the faith. Granted, one path out of this madness might be for mainstream Muslims to simply pretend that this isn’t so—and by this pretense persuade the next generation that the “true” Islam is peaceful, tolerant of difference, egalitarian, and fully compatible with a global civil society. But the holy books remain forever to be consulted, and no one will dare to edit them. Consequently, the most barbarous and divisive passages in these texts will remain forever open to being given their most plausible interpretations.

While Harris makes a clear case, some analysis of his argument is well worth the effort.  His view is quite clear: the alleged extremists are, in fact, acting in accord with the tenets of Islam. As evidence, Harris notes that the Koran, hadith and Muslim jurists clearly support the “extremist” views.

This seems to be quite correct. However, it is hardly unique to Islam to have wicked tenets. For example, most modern liberal democracies have had rather horrible laws on their books in the past. To use an obvious example, slavery was once legal in the United States and the United Kingdom. Even today there are laws that seem to be morally incorrect.

He does concede that mainstream Muslims could solve this problem by ignoring these true tenets of Islam and then deceiving the next generation into accepting mainstream Islam as the true version.

This certainly seems appealing. After all, one might argue, a system of beliefs need not be eternally fixed in place, unchanging and never evolving. Just as , for example, the United States abandoned its acceptance of slavery and racism, Islam can also change.

Harris, however, sees this as an impossibility. He claims that the holy books will remain forever and forever unedited. Thus, he contends, the passages in question will always be available and the opportunity will always be present to give them “their most plausible interpretations.”

This, then, is presumably the critical distinction between other belief systems (like the legal system of the United States) and Islam. That is, Islam can never change its tenets and the worst practices in these tenets define the faith. To use an analogy, this would be as if a country could never removes evil laws from its books and no matter what was done, those laws could always be interpreted and acted on. Further, those acting on the most plausible interpretations of those laws would be acting in accord with the true tenets of the law.

Suppose that the worst beliefs define  belief system, that believers must accept all the tenets of their belief system and the the laws (and interpretations of them) of a nation define the belief system of the citizens (just as the religious tenets are supposed to define the belief system of a religion). This would seem to entail that the belief system of Americans is a rather evil one. After all, there are laws on the books that seem to be rather immoral and there are many that seem unjust and unfair. No matter that some people oppose these laws and associated practices-by being Americans they must accept that they are defined by the very worst aspects of their system of belief. Even if an American claims to oppose a specific law she regards as wicked, by Harris’ logic  it would seem that she cannot. As an American, she must accept it as correct. This seems rather absurd. The same seems true of the claims that a member of a religious faith must accept all the tenets of the faith and that the faith is defined by its worst elements.

Naturally, this does not just apply to Islam, but other belief systems as well.