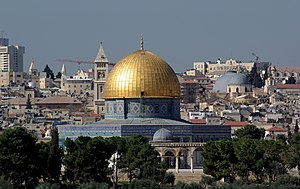 A phobia is, obviously enough, a fear. What distinguishes a phobia from other fears is that a phobia is persistent, intense (though the intensity can vary) and irrational. Having a rational fear is not a phobia. For example, a person who is momentarily afraid because he discovers a black widow on his arm does not have arachnophobia. Someone who lives in ongoing fear of spiders even when they are not present might well have arachnophobia.

Interestingly, the term “phobia” is often used to indicate dislike, prejudice or discrimination rather than fear in the strict sense. For example, people who dislike homosexuals are often labeled as being homophobic. Perhaps this is based on an underlying assumption that there dislike or prejudice is based on fear. In any case, using the term “phobia” seems to be intended to convey that someone who has the phobia (such as homophobia) is irrational in this regard. So, in the case of homophobia the idea is that the person has an irrational dislike of homosexuals.

Not surprisingly, this usage of “phobia” is generally intended to be judgmental and critical. To be labeled as having such a phobia is, in effect, to be accused of being both irrational and prejudiced.

Just as there are rational fears, there are also rational dislikes. For example, pedophiles are reviled and disliked. But to claim that people who dislike them have  pedophilephobia would be an error. This is because the label would imply that disliking pedophiles is a prejudice. However, this does not seem to be a prejudice but a correct moral view. As such, if a “phobia” of this sort can be shown to be rational and correct, then it would not be a phobia at all.

One recent example of such an argument  is from Sam Harris, the famous atheist. He writes:

There is no such thing as Islamophobia. Bigotry and racism exist, of course—and they are evils that all well-intentioned people must oppose. And prejudice against Muslims or Arabs, purely because of the accident of their birth, is despicable. But like all religions, Islam is a system of ideas and practices. And it is not a form of bigotry or racism to observe that the specific tenets of the faith pose a special threat to civil society. Nor is it a sign of intolerance to notice when people are simply not being honest about what they and their co-religionists believe.

One obvious reply is that some people do seem to have an irrational fear and bias against Muslims. Of course, Harris would have an easy reply to this. After all, he notes that being prejudiced against people who are Muslims “by accident of their birth” would be despicable. He is, apparently, distinguishing between the sin and the sinner (so to speak).

One reply worth considering is that people can have irrational fears even in regards to things that are rational to be afraid of.  For example, consider terrorism. While it is rational to be afraid of terrorism, there is a point at which such a fear becomes irrational. Likewise for Islam. It seem clear that a person could have a fear of Islam far out of proportion to the threat it poses (assuming it poses a threat) and that this fear could be irrational, persistent and intense. That is, it could be a phobia.  As such, there would seem to be such a thing as Islamophobia (at least in theory).

But this seems like it might be a mere technical victory. After all, Harris is probably not claiming that an irrational fear of Islam is not possible. Rather, he seems to be making (a bit dramatically) the point that it is rational to be afraid of Islam and that the term “Islamophobia” is being misused. To settle this point requires determining whether Islam is, in fact, a threat of the sort alleged by Harris.

Another reply worth considering is that people can be biased or prejudiced even when there are rational reasons to dislike something. This is because a person could dislike (or even hate) something or someone on the basis of insufficient reasons. Thus, while the object of the dislike might be such that it is worthy of dislike, a specific person’s dislike might not be adequately grounded. As such, it would seem to be a bias or prejudice rather than a sound judgment.

In the case of Islam, there seem to be many people who hate or dislike it without knowing much about it. For example, someone might know that some terrorists are followers of Islam and that the 9/11 attackers were followers of the faith. However to dislike Islam on this basis would be like hating the United States military simply because  one knew that Oswald was  a Marine and  Timothy McVeigh was in the Army.  As such, this sort of Islamophobia also seems to be a real possibility.

Again, this might seem to be a mere technical victory. After all, Harris seems to be making the point that there are rational grounds to dislike Islam and that the term “Islamophobia” is being misused. As before, the heart of the matter is whether Islam is something that should be disliked or not.

Harris, obviously enough, contends that Islam should be feared and disliked. If he is right, then it seems that there would be no such thing as Islamophobia. Or, to take a more moderate approach, that the term is being misused. This then is the crux of the matter: is it rational to fear and dislike Islam?