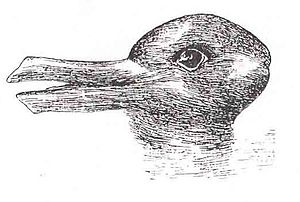 Sharon Begley recently wrote an interesting article, “What’s Really Human?” In this piece, she presents her concern that American psychologists have been making hasty generalizations over the years. To be more specific, she is concerned that such researchers have been extending the results gleaned from studies of undergraduates at American universities to the entire human race. For example, findings about what college students think about self image are extended to all of humanity.

She notes that some researchers have begun to question this approach and have contended that American undergraduates are not adequate representatives of the entire human race in terms of psychology.

In one example, she considers the optical illusion involving two line segments. Although the segments have the same length, one has arrows  on the ends pointing outward and the other has the arrows pointing inward. To most American undergraduates, the one with the inward pointing arrows looks longer.  But when the San of the Kalahari, African hunter-gatherers, look at the lines, they judge them to be the same length. This is taken to reflect the differing conditions.

This result is, of course, hardly surprising. After all, people who live in different conditions will tend to have different perceptual skill sets.

Begley’s second example involves the “ultimatum game” that is typical of the tests that are intended to reveal truths about human nature via games played with money. The gist of the game is that there are two players, A and B. In this game, the experimenter gives player A $10. A then must decide how much to offer B. If B accepts the deal, they both get the money. If B rejects the deal, both leave empty handed.

When undergraduates in the States play, player A will typically offer $4-5 while those playing B will most often refuse anything below $3. This is taken as evidence that humans have evolved a sense of justice that leads us to make fair offers and also to punish unfair ones-even when doing so means a loss. According to the theorists, humans do this because we evolved in small tribal societies and social cohesion and preventing freeloaders (or free riders as they are sometimes called) from getting away with their freeloading.

As Begley points out, when “people from small, nonindustrial societies, such as the Hadza foragers of Tanzania, offer about $2.50 to the other player—who accepts it. A “universal” sense of fairness and willingness to punish injustice may instead be a vestige of living in WEIRD, market economies.”

While this does provide some evidence for Begley’s view, it does seem rather weak. The difference between the Americans and the Hadza does not seem to be one of kind (that is, Americans are motived by fairness and the Hadza are not). Rather, it seems plausible to see this is terms of quantity. After all, Americans refuse anything below $3 while the Hazda’s refusal level seems to be only 50 cents less. This difference could be explained in terms not of culture but of relative affluence. After all, to a typical American undergrad, it is no big deal to forgo $3. However, someone who has far less (as is probably the case with the Hazda) would probably be willing to settle for less. To use an analogy, imagine playing a comparable game using food instead of money. If I had recently eaten and knew I had a meal waiting at home, I would be more inclined to punish a small offer than accept it. After all, I have nothing to lose by doing so and would gain the satisfaction of denying my “opponent” her prize. However, if we were both very hungry and I knew that my cupboards were bare, then I would be much more inclined to accept a smaller offer on the principle that some food is better than none.

Naturally, cultural factors could also play a role in determining what is fair or not. After all, if A is given the money, B might regard this as A’s property and that A is being generous in sharing anything. This would show that culture is a factor, but this is hardly a shock. The idea of a universal human nature is quite consistent with it being modified by specific conditions. After all, individual behavior is modified by such conditions. To use an obvious example, my level of generosity depends on the specifics of the situation such as the who, why, when and so on.

There is also the broader question of whether such money games actually reveal truths about justice and fairness. This topic goes beyond the scope of this brief essay, however.

Begley finishes her article by noting that “the list of universals-that-aren’t kept growing.” That is, allegedly universal ways of thinking and behaving have been found to not be so universal after all.

I am not claiming that these thinkers are right (or wrong), but it certainly interesting to see that these alleged “new discoveries” are actually very, very old news. What seems to be happening in this cutting edge psychology is a return to the rationalist and empiricist battles over the innate content of the mind (or lack thereof).