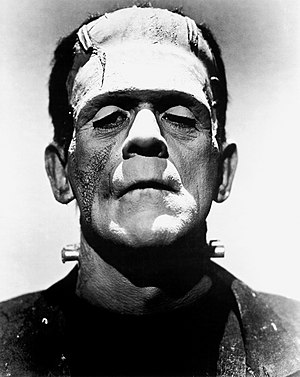 Once upon a time, in a place nearby, there were two monsters. One was the monster of racism. He was the metaphor of the evils of racism. Like Frankenstein’s creation, he was stitched together of various parts. These parts included specific things such as antisemitism and general things like bigotry. While this beast was sometimes well loved by certain people, it is now regarded widely as a monster.

The most recent victim of the racism monster is Shirley Sherrod.  An incomplete video of her was posted on YouTube which seemed to provide evidence that she was racist. In response to the video, she was pressured into resigning and the NAACP issued  a statement condemning her. Naturally, certain conservative pundits were having a field day.

All this was done, it must be said, without anyone actually reviewing the entire video or considering the full facts of the situation. The racism monster, it could be argued,  struck swiftly, savagely and mindlessly.

If it had turned out that the monster had actually struck down a racist, then perhaps it could have been forgiven for its zeal.  However, the full video seems to make it clear that the allegedly racist incident was actually an experience that changed her views. The evidence also shows that she helped the farmer in question and the fact that the farmer’s wife is defending her lends credence to these claims.  Other important details include the fact that the incident she mentioned  took place long before she worked for the USDA and that her record shows no signs of racism. These facts were, obviously enough, not considered by the Obama administration nor by the NAACP.

I suspect that one reason the NAACP rushed to judgment is because of their recent condemnation of the Tea Party for racism. When they heard a black woman saying what appeared to be racist things, they probably worried that if they waited, they would be accused of following a double standard-condemning white racism while condoning black racism. While this is understandable, such a condemnation should be based on facts and it is reasonable to expect at least a minimal investigation (such as viewing the entire video). Such a leap to judgment and condemnation is, to say the least, unjust. Even if she were, in fact, a racist, the NAACP had a moral obligation to properly confirm this.

Interestingly, Roland Martin appeared on CNN to defend the NAACP’s condemnation. While he admitted that the NAACP had not seen the whole video, he argued that people in government should censor themselves and not say anything that could taken as racism. He did note that this was a matter of political reality rather than a desirable situation.

While I do agree that it is wise to watch what one says, my real concern is with the existence of the political reality in question. If people need to be worried that even a story about how they overcame their past biases can be taken as proof of racism, then there is something seriously wrong with the political reality.

In the case of the administration, they also worry a great deal about race matters. While it is morally correct to remove known racists from such positions, there is also a moral obligation to investigate such allegations thoroughly. If Sherrod had been charged with committing a criminal offense, presumably her guilt or innocence would need to be established before she could be fired. However, in the case of a charge of racism the assumption is clearly that a person is guilty until she can prove otherwise.

While the monster of racism is a fearsome beast, letting the racism monster run free is not a solution. While we should condemn racism, we have a moral obligation to confirm before condemning.

From a moral standpoint, the NAACP and the government owe Sherrod an apology. At the very least she should also get her job back. This situation should also serve as  lesson about the misuse of charges of racism as a political tool.