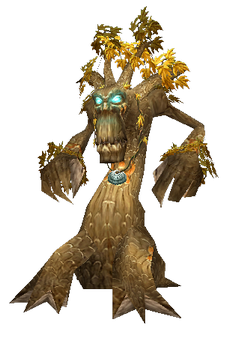 Life presents many challenges. Unfortunately, people seem to be inclined to add needlessly to them, even in the virtual world of gaming. Being a gamer, I have gotten accustomed to griefing. Roughly put, that is when other gamers [email protected] with you, just for the sake of doing so.

My main game now is, of course, World of Warcraft. While the folks at Blizzard have tried to limit the opportunities for players to screw with each other, the enterprising jerks will always find a way. I’ll just use two examples as illustrations.

While I was waiting for my arena team to get into a random battle, I was fishing (yeah, you can fish for fake fish in the fake world of the game). While doing so, someone kept going and putting his character over the bobber  so I could not finishing catching my fake fish. The first time, this is a tiny bit funny. The second time, not at all. The third time, well that was annoying. Out of curiosity, I kept trying to fish so I could see just how long this person would keep at it. After about three minutes I was pulled into the arena battle, but he was still trying to grief me.

In my second example, I was jousting at the Argent tournament and somebody arrived and started trying to block my view of my opponent. This fellow was clearly devoted to his task-he kept bringing out ever bigger mounts (he eventually got up to his mammoth) so as to better block my view. He actually kept this up the whole time I was jousting and then kept following me around.

Being a philosopher, I did not just think “wow, there are some real monkey [email protected] who play WoW.” Instead, I thought about how odd the situation seemed.

Normally, people turn to annoying others when they are bored and have nothing else to occupy their malign minds. However, this griefing was taking place in a video game that is full of things to do. I began to wonder what sort of person would find parking on a bobber or spending so much effort trying to cover my jousting opponent more entertaining than questing, running dungeons or even playing another video game. After all, even if they were so bored with WoW that sitting on a bobber was a great joy to them, there are thousands of other games they could be playing.

I really tried to understand that mind set, one that would think “I could be out playing the game that I pay $13 a month for and doing some of the cool content. You know what, [email protected] that. I’m going sit on this bobber like a chicken sits on an egg. Like a damn chicken. I like chicken. I could really use a KFC double down now. No, must keep on the bobber…but the bacon calls to me…no, must keep griefing!”

More seriously, I do wonder about the psychology and value systems of people who are griefers in games and in reality. As noted above, one explanation is that griefers are bored. But, of course, when normal people get bored with a game, they would tend to stop playing. As such, griefers must have more going on than mere boredom. There must be something extra, something that drives them to that behavior. I suspect this sort of factor (or factors) are involved in a wide range of bad behaviors.