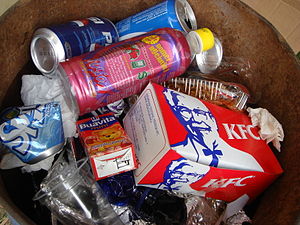 I am a member of that informal clean up crew, those who clean up what other people do. In parks, on campuses and on the streets. That is, I pick up the trash others throw down without a thought. I fix the damage fools do to signs, water fountains, and park playgrounds.  I get to do this far too often, usually when running.

One fine Sunday, I went out for my usual run. In the park, I found that some folks had torn down a light post and shattered it, along with the light. I gathered up as much as I could find. Then I saw that some enterprising person (or persons) had tore apart the dispenser of doggy clean up bags and the sign for it. I did not have any tools with me, so I had to merely gather up the debris and put it where the park folks could find it.

After leaving the park, I ran out to the road and saw that the gremlins had been busy. Someone had pulled up most of the signs for the nearby student housing megaplex and had thrown them into the road. While people seemed content to drive over them, I pulled them out of the road and made a neat pile. I then continued my run, pulling a broken bottle or two from the bike lanes and gathering up various bags from McDonalds and other fast food joints.

As always, this makes me think about what is wrong with people.

Occasionally I will (literally) run into someone else doing the same thing. We exchange knowing smiles and return to our small roles in the struggle against the destroyers.

I think that the builders and the clean up crews are still winning against the drunk, the drugged, the wicked, and the bored destroyers. But it is a tiring struggle and cleaning up after fools is not very rewarding.