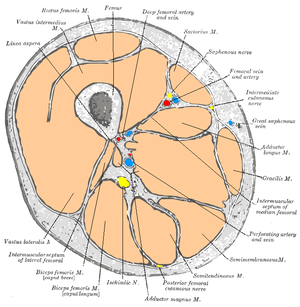 For years I approached my running training with utter simplicity: I ran. True, I would run hills, run distance, or run on the track. But, it was all running.  Then on March 26, 2009 I fell from my roof and tore my quadriceps tendon apart. Needless to say, running was not an option for a very long time.

To avoid going mad and getting fat, I started exercising using a stationary bike (thus becoming master of the one legged pedal) and using a Bowflex. Eventually I was able to go on long walks and start running in the pool. When I finally was able to return to running for real, I found that my outlook on training had changed a bit. I realized that I could train for running in ways that did not actually involve running (although pool running is, I suppose, running).

Initially, I stuck with cross training even when I started running for real. This was because I could only run a few miles and hence needed the other exercise to feel that I was actually getting a proper workout. When I was fully recovered, I dropped the pool running and the biking. I did, however, keep using the Bowflex.

However, I went back to cross training after a while for the following reasons:

First, I found that I could no longer take the beating of running on land as well as I could when I was younger. Having a repaired quadriceps tendon and a knee full of scar tissues might also be factors here. As such, pool running and biking enable me to add more endurance training without adding more beating.

Second, I learned that this other training helped build muscles that proved to be useful in racing. While it seems odd that running would not build all the muscles needed to run, apparently this other training does help. Apparently the body will recruit other muscles when running hard and having these muscles in good shape helps. Or something like that. In any case, it does seem to help.

Third, I found that training in different ways allows me to keep up my overall workout intensity while at the same time getting rest. This is, of course, what weight lifters do. A serious lifter might lift 5-7 days a week, but will work different sets. Likewise, by adding other ways of training I can work out more without overworking.

Fourth, while I am a fanatic about exercise, it does provide a nice variety to my workouts and this helps me avoid falling into workout ruts. Folks who are less obsessive than I would also find it useful because it can be a way to avoid getting bored with working out.

Fifth, the pool running is a great way to stay cool during the insane Florida summer heat.