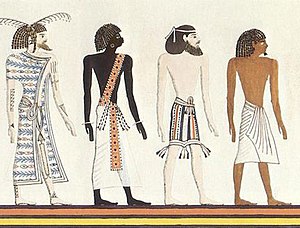 In my previous blog, I discussed a bias in a new version of the classic doll study regarding race. In this blog, I will consider another concern about the study.

In the study, the children were asked questions such as “which child is bad?” and essentially directed to select a specific color. In addition to the bias inherent in not allowing “all” or “none” as clear options, there is also the matter of the basis on which the children made their selections.

One possibility is, of course, that racism is a factor in how the children made their choices. This is not to say that the children are consciously racists or were raised by people who are racists. Rather, the children could be influenced by various racist factors-such as how people are portrayed in the media or due to long standing stereotypes. Given that racism is still a factor in our society, it seems quite reasonable to accept this possibility. However, it is not the only possible factor.

Another possibility is that children are influenced by their experiences. So, when they pick a specific color it might not be a matter of racial bias but rather the result of positive or negative experiences. For example, if a child were bullied by a black child, he would tend to pick the black child on the card when asked “which child is mean?” As such, the choices made by some of the children might reflect specific experiences rather than a racial bias. However, there is the obvious question of how much these specific experiences are influencing the results and how much is the result of other factors (such as those that would be considered race based).

Suppose that people were asked “which person is in prison?” and were given a card showing people of various colors. Most people, I suspect, would pick the darker colors. Would this be evidence of racism? On one hand, it could be argued that is is racism-the people made the choice based on a racial bias against darker people. On the other hand, the choice could be based on the fact that black people are more likely to end up in prison than white people. Naturally, the fact that black people are more likely to be imprisoned than white people might be the result of racism, but being aware of this fact and making a choice based on it would not be racism.

To use another example, if people were asked “which person is employed?” they would tend to pick the lighter skinned people. This could be racism or merely knowledge that there is a disparity in employment along racial lines in the United States.

In the case of the study, some of the apparent positive bias towards whites and negative bias towards black might be the result of this factor. Take, for example, the question about who is smarter. Whites generally do better in school and on standardized tests. It is not unlikely that the children are aware of the performance of their classmates. As such, when asked something like “which child is smart?” they would tend to think of specific students they know who do well in school and these would generally tend to be white students. in this case, the choice would not be the result of racial bias on part of the child.

As such, it might be the case that some of the children who seem to be racially biased are actually not biased and are merely making their selection based on what they have experienced. These experiences might, of course, be caused by racism. For example, the lower performance of black students relative to white students can plausible be connected to racism. As such, it must be considered that some of the children might simply be aware of racism rather than being racist.

This is, of course, were the interviews with the children become especially important. They serve to provide some insight into why the children picked as they did. Of course, the fact that the media folks tend to sensationalize things must be taken into account as well. For example, the girl who said that she picked the black child as bad because the child is black is being used to advertise the story-as opposed to the children who presented rather enlightened views.