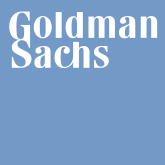 Since it is finals week, I have been using the schedule feature to post pre-written blogs. This has, of course, meant that the posts have not been at the cutting edge of events. As such, I thought I’d take a moment to do an up to date post.

But, someone might say, surely congress is not in the pocket of Goldman Sachs. After all, they called the Goldman Sachs folks to appear before them and asked some tough questions.

The obvious reply is that while politicians take money from companies like Goldman Sachs, they ultimately need to get votes in order to keep their position at the trough. Goldman Sachs is something of a villain today and hence the politicians need to appear that they are taking this villain to task. Of course, they cannot really put the whip to the villain; they need his gold for the upcoming elections. As such, it seems reasonable to expect the usual political theater to play out here.

Given the fact that Goldman Sachs has been a major campaign contributor, it certainly seems reasonable to point out that there seems to be a conflict of interest in having congress grill these folks. In fact, it is tempting to use scenarios like this to argue for campaign finance reform: how can congress be expected to hold hearings regarding the very companies that hand them vast sacks of campaign cash?  If a judge were in that position, she would hardly be allowed to remain the judge in such a case.

It can, of course, be pointed out that congress is not a judge. After all, it is the legislative branch and not the judicial. However, congress does craft the laws and hence there are still grounds for concern.

Ironically, this situation might help Goldman Sachs. Interestingly enough, their stock actually improved after the executives were grilled by congress. Also, the company admits to having a credibility gap and this situation can perhaps give them an opportunity at the appearance of redemption.

As a final point, Goldman Sachs might have a very good defense-they seem to have talked congress into changing the rules a while back and then seem to have largely played by these rules. As such, if Goldman Sachs and other companies did wrong, it seems that many folks in congress and government were their willing accomplices.  I doubt congress will hold hearings on itself, so it is up to the voters to judge what they have done (or not done).