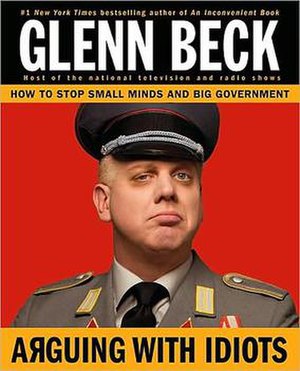 Threats and vandalism have been following in the wake of the health care bill. Given the acrimony surrounding the matter, this is hardly surprising. While the topic of health care provides a myriad of issues to discuss, I’ll be focusing on the ethics of the rhetoric used in the debate.

While the health care reform bill is a matter of considerable controversy, the language used by politicians and pundits often went to extremes far out of proportion to the reality of the situation. Listening to the rhetoric, one would think that the health care bill was a an ultimate battle in the war between good and evil. Pundits such as Glenn Beck tried to link the bill with socialism, communism and the Nazis. There were calls to “eradicate” people and to engage in vandalism. Some even shouted “baby killer.”

While such posturing and rhetoric is part of politics, I will present two moral reasons why the pundits and politicians should reign in such rhetoric.

First, such extreme rhetoric is inconsistent with good decision making. The public depends on the politicians and pundits to provide information about such matters and the use of such extreme rhetoric serves to contaminate the information pool. It might, of course, be argued that politicians and pundits are not teachers and have no obligation to present matters fairly, accurately and objectively so as to properly educate the people. In fact, their jobs are to push a specific political agenda based on their specific interests.

Of course, the matter could be put even more bluntly: politicians and pundits  have no moral obligation to be honest. However, such an obligation seems to universal and being a politician or pundit does not seem to grant a person a special exemption.

What would best serve the public good is an honest and calm discussion of the facts without the extremes of rhetoric. Naturally, if something is truly extreme, then it is perfectly acceptable to use language that is proportional. While it can be difficult to sort out this matter, it is clear that more effort could be used in doing this.

Second, such rhetoric is harmful in that it can influence people to act badly, as the current situation shows. As noted above, there have been threats made against members of congress and acts of vandalism have been committed. Given the intensity of the rhetoric and some specific calls for things like vandalism, it seems reasonable to place some of the blame on the pundits and politicians.

It might be objected that people have free will and that politicians and pundits cannot make them do such things. While it is true that even Glenn Beck cannot control minds, it is well (and legally) established that people can be held responsible for influencing others. While some people would act on their own without such inspiration or encouragement, such rhetoric does help motivate people to act when they would not otherwise have taken action. At the very least, such rhetoric can change how people perceive a situation and can thus influence how they might act. As such, politicians and pundits are morally culpable for their influence in such matters. This holds for both the left and the right.