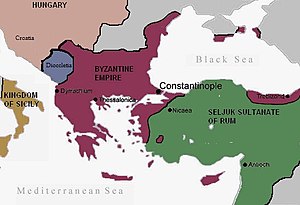 Watching the various shows of the History Channel‘s Armageddon Week got me thinking about the fall of man. While this has long been fodder for science fiction, the possibility is well worth taking into account.

Consider, if you will, the following key points.

First, it is well established that individual civilizations have fallen. Most famously, the Roman Empire fell and this ushered in the Dark Ages in Western Europe (although the Eastern Empire endured for a thousand more years). Much more recently, the British Empire ceased and before that the Ottoman Empire vanished. Going back even further, one can make a vast list of fallen civilizations.

Of course, the fall of these various civilizations did not mark the end of civilization itself. For example, when the Roman Empire fell apart, civilization continued in other places (such as the Eastern Empire).

However, the fall of all civilizations can be seen as simply a matter of scale. All it would take would be either a disaster that was widespread enough (like a global pandemic) or a chain of disasters striking enough nations to bring the entire system down.

Of course, it would take a rather significant disaster or series of disasters to take down all of civilization; but this is not an impossibility. Unfortunately, there are disasters that are quite capable of doing this. These include nuclear war, global pandemics, environmental collapse, economic collapse, asteroid strikes and a variety of other possibilities.

Second, it is a fact that species have gone extinct, including a known intelligent species-the neanderthals. While it is tempting to think that our intelligence and technology would always save us from any threat of extinction, this would be mere wishful thinking on our part. True, our intelligence and technology do give us a considerable advantage in staying alive as a species. However, these advantages are not enough to make our survival certain. Ironically, these advantages also serve to pose a threat to our continued survival. This is because we have developed the means to exterminate ourselves and seem to, as Hobbes would say, have the will to hurt.

As such it seems that the fall of man is a very real possibility.