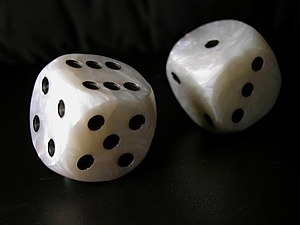 My gaming group normally has a Christmas party, but this year events conspired to prevent us from gathering. However, we will be gaming again tomorrow, thus creating a need for a post Christmas event.

One of the reasons we did not get together earlier was due the fact that some of us travelled for the holidays. In my case, I went to Puerto Rico. While there I learned of a post Christmas holiday that inspired me to a solution to the post-Christmas problem.

As the story goes, three wise men or kings (not the same thing at all, of course) brought the baby Jesus some gifts. While this served as the theological foundation for the massive commercialization of Christmas, it also gave rise to Three Kings Day, which is celebrated in Puerto Rico. The gist of the holiday is that children put out grass and water for the Kings’ camels and they get small gifts in return. This holiday is on January 6th, which is too late for the post-Christmas event.

Fortunately, a little research revealed that there was a 4th king, King Bob. Unlike the Three Kings, Bob was not great with directions and ended up arriving at the wrong city, albeit a few days before the other kings arrived in the proper destination.

Since King Bob could not find the baby Jesus, he decided to give away the gifts via a game, which is now known as King Bob’s game. Alternatively, it can be called The Game of the 4th King.

Here is how the game is played.

What You Will Need

Dice: Ideally you should have a D20 and some D6s, but for non gamers six sided dice will do.

There are two roles in the game: King Bob’s stand in and player. King Bob supervises the game but does not play. He also does not get any gifts. Optionally, King Bob can also play and get gifts, but that is bad theology.

Everyone other than King Bob’s stand in is a player.

Setting Up the Game

King Bob sets up the game by creating a pile of the wrapped gifts and defending them from the greasy hands of the players until the game starts. Each player should have a die (or dice) and a board or piece of paper is needed to keep track of the order of play.

Gamers will be familiar with this, but non-gamers will not. For the non-gamers, this is how you determine the order in which the players take their turns. To determine this, each player rolls a die (preferably the standard D20). The player with the highest roll goes first, the player with the second highest goes second and so on. In the case of a tie, reroll until it is settled.

The game starts with the player who has the highest initiative. S/he selects one gift from the pile and DOES NOT open it. Shaking and such is allowed. The second player then has his/her turn and so on for each player until it is back to the first player. After the first player has selected his gift, the other players will have more options and the first player will also have these options on his/her second turn.

The game ends as soon as no more gifts remain in the gift pile (that is, the players possess all the gifts). Players must take their gifts with them when the game ends, mainly because the game is often played with the intention of getting rid of bad gifts or items that King Bob no longer wants.